The Devil gets the Boot 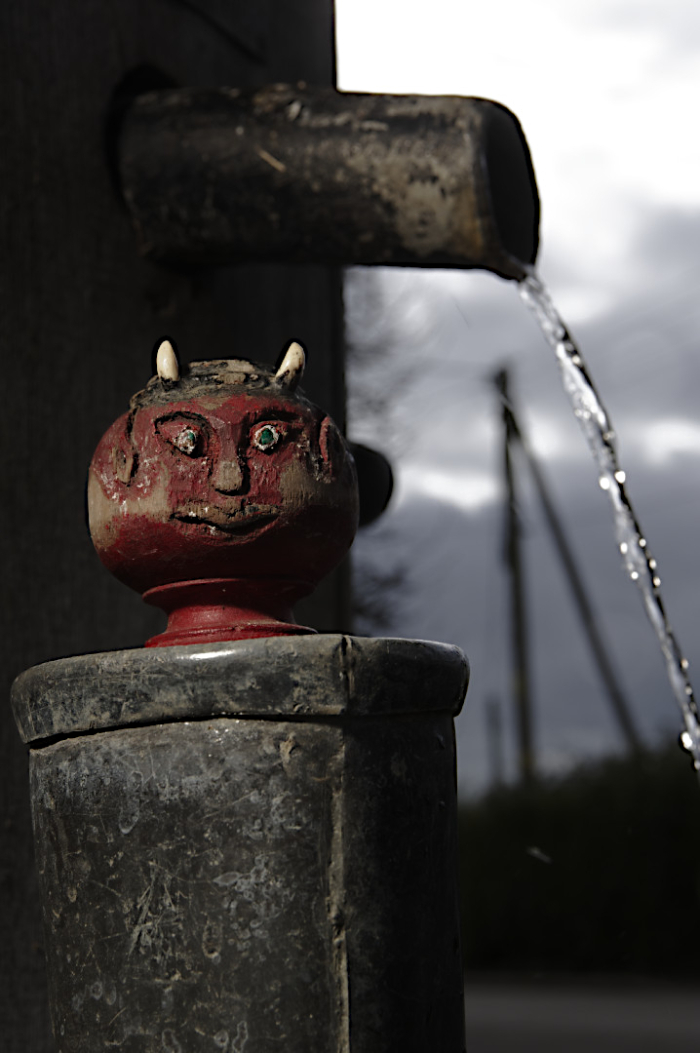 The Devil, caught in the boot.

In a North Marston side street you can find a village pump. That’s not too unusual, but this is the only one with a boot mounted on the trough in front of it. Work the pump handle until the trough fills with water, and the Devil will pop his head out of the boot.

This is John Schorne’s Well; named after the man so holy they say he caught the Devil in a boot. He was the rector of North Marston from 1282 to 1314 AD, and it’s believed that he performed quite a few miracles.

When North Marston was suffering in a long drought, he struck his staff into the earth and water poured out. That miraculous spring became the well we see today, and in medieval times it was famed for its healing properties, relieving gout and ague (fever).

The story of the Devil in the boot might be a reference to the excruciating pain of gout, which usually affects the foot. 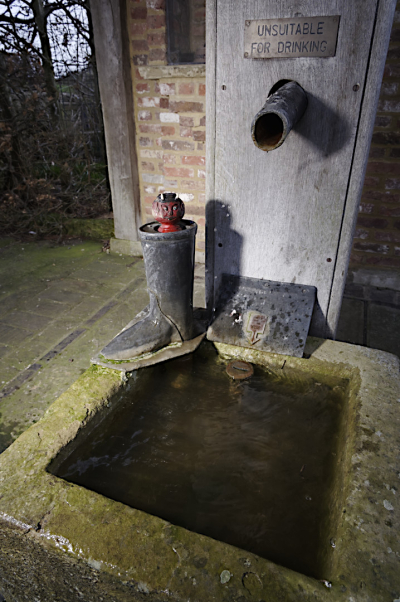 Just fill the trough up to the brim, and the Devil will appear. But don’t drink the water.

After John Schorne died in 1314 hundreds of pilgrims came to visit his shrine in North Marston’s St Mary’s church, and to drink the waters. Pilgrims could even buy a souvenir; a small lead figure of John Schorne holding a boot with the Devil caught in the top.

For the next two centuries North Marston became the third most popular destination for pilgrims in England. Even king Henry VIII visited the little village.

The shrine and well were such a great draw that in 1478 the Bishop of Salisbury had John Schorne’s body removed, and taken to St George’s Chapel in Windsor. He’d hoped to get his hands on some of the takings. But still the pilgrims flocked to North Marston.

The village church’s income rose from £6 a year to £500 a year because of the pilgrims; the equivalent now of over two and a half million pounds a year. No wonder the bishop wanted a cut! 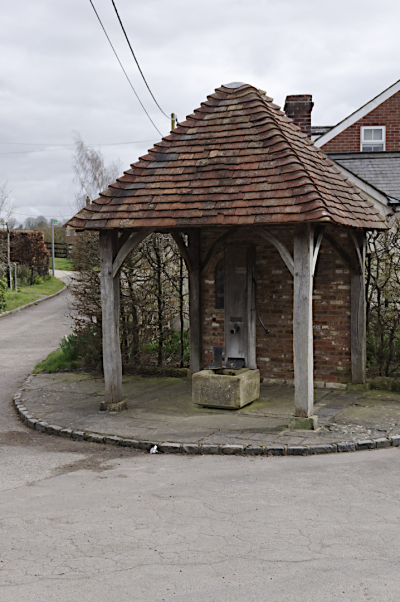 This oak framed shelter, the pump, the boot, and the statue of John Schorne (see the last picture) date from 2005.

The well continued to be used over the centuries by the villagers. From the 16th century or earlier it had been sheltered by a well house. The last known well house on the site was built in about 1800.

Inside, there were steps down to the cistern, which was just 5’6”, 1.6m square; the outline is shown today by large blue bricks set into the paved surface.

In July 1861, a local woman called Catherine Watson went to the well with her three year old daughter Sarah. She walked down the narrow steps to fetch water, but slipped and fell into the cistern. The water was nearly seven feet deep and Catherine couldn’t get out. Sarah called for her older sister. She came running, but was too late.  Catherine had drowned. 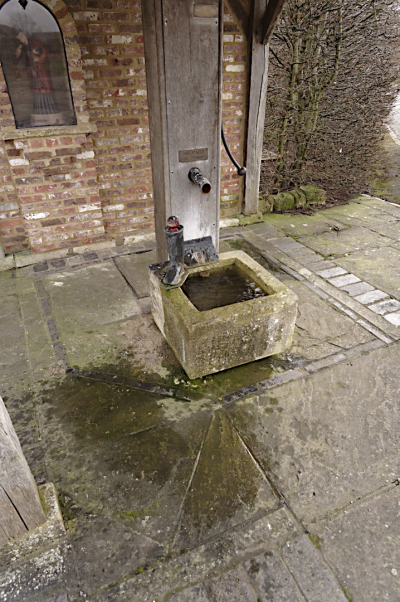 Blue bricks outline the shape of a square with one corner cut off, to show the outline of the cistern below.

Some alterations were made in the 1970s and 1990s, but the present oak framed shelter dates from 2005. There’s a statue of John Schorne, a working pump, and a stone trough. On the trough is the boot, with the Devil inside.

To find the well, take Church Street from the main road, (it’s on the East side) and take the first right into Schorne Lane. Keep going, and you’ll see the well in front of you.

For keen walkers, there’s a five mile walk to the well that starts and ends in Quainton. 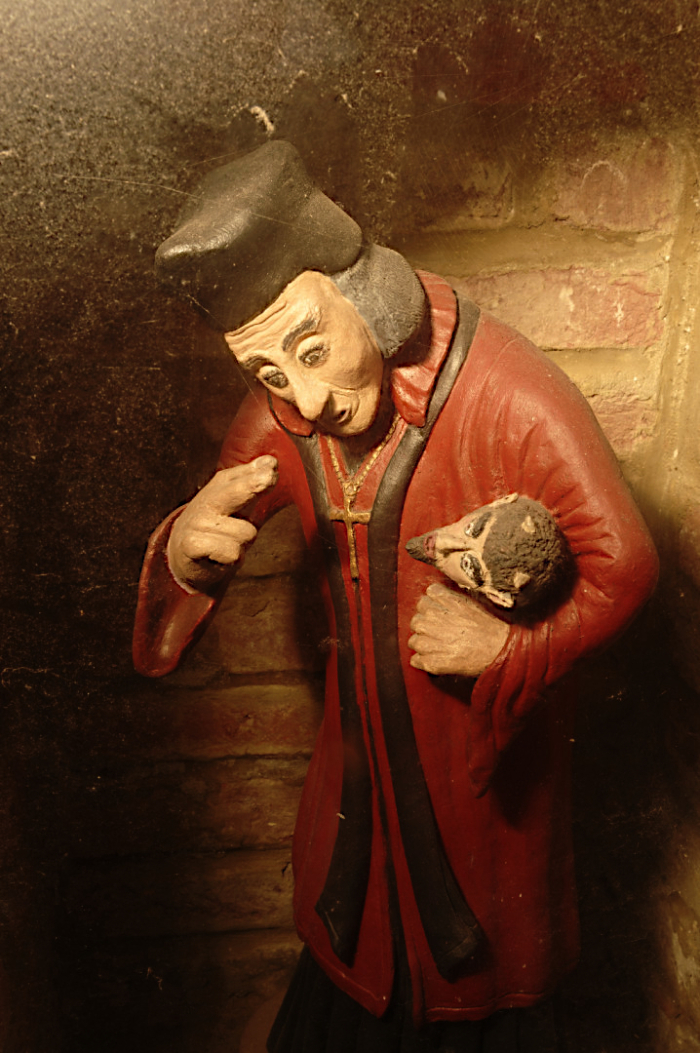