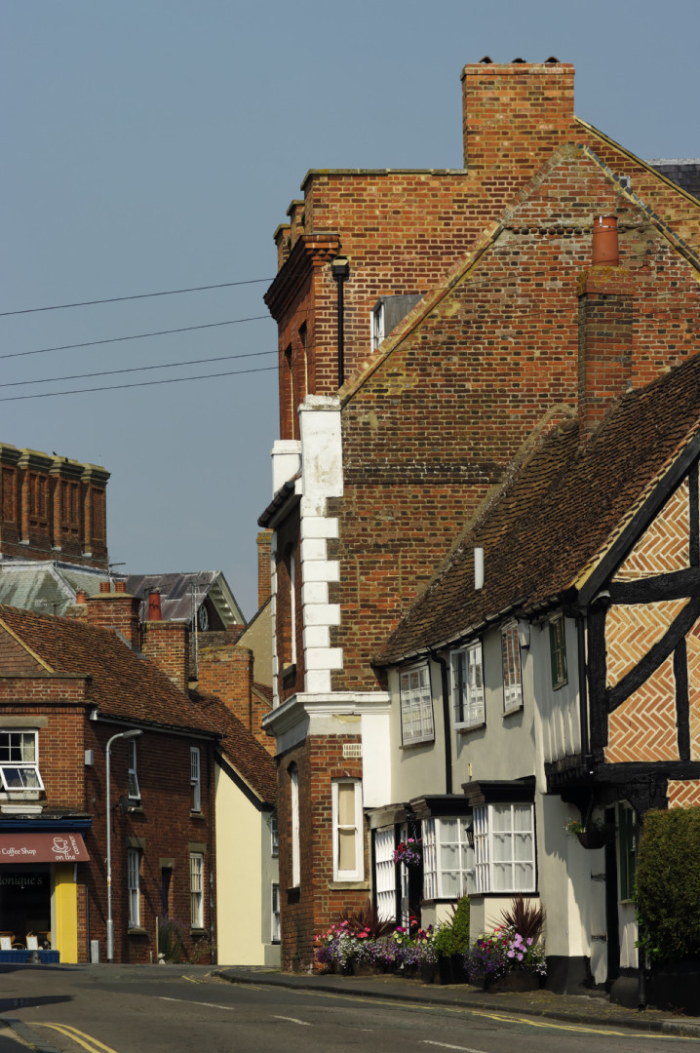 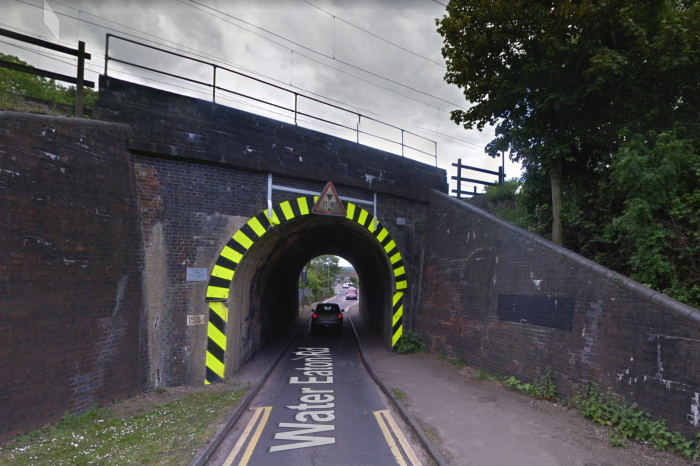 Near the bottom of the web page it says, “Choose a location from the dropdown list”. The list has just about every town, village, and hamlet in Bucks. Then click on the search button. Don’t bother with the advanced search, because it doesn’t seem to work, but there are hundreds of photo to see.

Why don’t you get out your old family photographs? You can compare the scene when the picture was taken to the way it looks now, again with Google Maps. 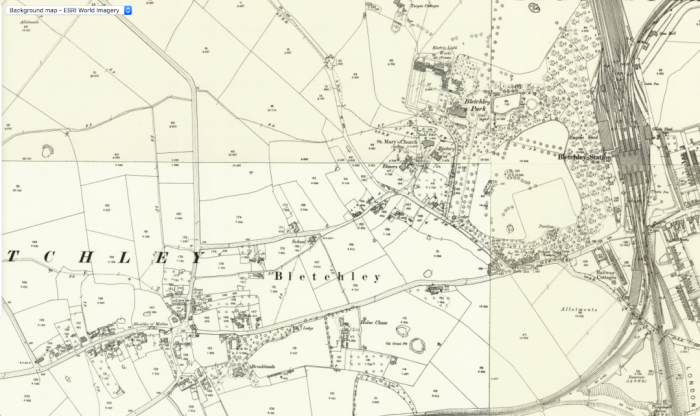 The village of Bletchley (National Library of Scotland)

While Google Maps can show you what’s there now, to look back in time you can go to the Royal Library of Scotland’s map pages.

They cover the whole of England, Scotland, and Wales, including the Isle of Man. You can go all the way back to the end of the 19th Century.

This one, (above) of Bletchley, is one of the Ordnance Survey’s 25 inch to one mile maps, from 1892-1914. At this scale you can even see individual buildings.

The acreage of fields and the names of big houses are given, and in the small village of Bletchley the smithy is marked, as are the pubs. It’s much clearer on the website than here; this blog software doesn’t allow for very sharp images.

The panel top left on the website allows you to choose different maps and do other searches, and there’s a slider marked “Change transparency of overlay”.

Slide the blue dot to the left, you’ll see a modern satellite view slowly appear; the old maps are lined up quite well with it.

It’s surprising how many of the hedges and trees of old fields still exist, in the midst of modern housing. 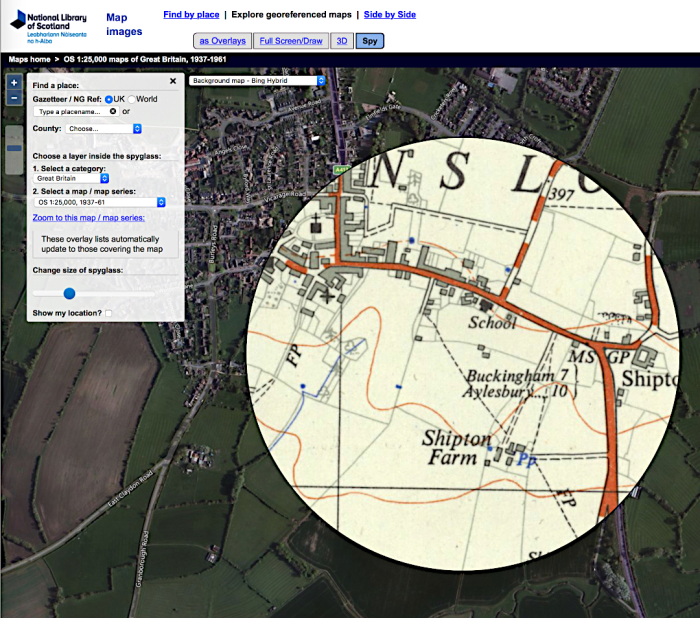 Winslow in the very early 1950s (National Library of Scotland)

This is a 2½ inch to the mile map from 1937-1961, but since I grew up in Winslow I know that this part of the map dates from about 1950. Demoram Close, just under the side panel in the picture above, is only half built on this map and that tells me when it was.

This map is in “Spy” mode; there’s a choice at the top of the page, but the Bletchley map above was in “as Overlays” mode. In “Spy” mode the blue spot slides left and right to change the size of the spyglass; the circle showing part of the map.

This is the best map when in “as Overlays” mode for first locating a place you want to look at in detail; it’s clear and easy to read, even when zoomed out.

It’s useful to have Google Maps open in another window so you can jump between the two. They have the clearest satellite view I can find, and of course you can see a lot more in Street View. 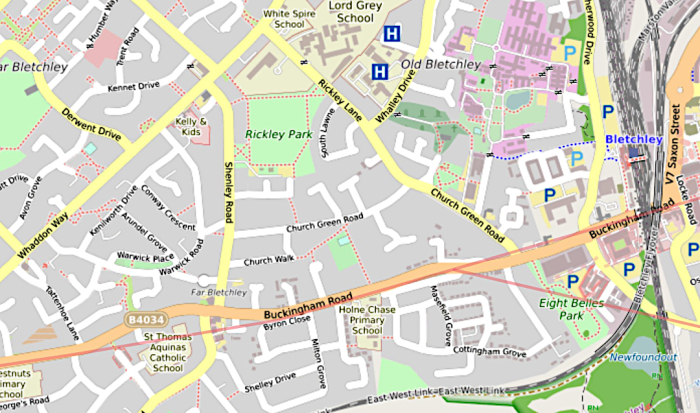 The Romans in Bletchley. (The Secret History of the Roman Roads of Britain)

Here we are back at Bletchley, and the pink line that Buckingham Road follows above shows the route of a Roman road. This is from the site The Secret History of the Roman Roads of Britain.

Beyond this picture to the left, the modern road goes to Buckingham and follows the Roman Road very well, better than the medieval lanes which once followed it, but wandered away from the line over the centuries.

Further to the right, Bletchley’s Queensway follows the line too. The Roman Road that forked down and away and goes under the railway near bottom right of the picture is now the Water Eaton road. The Roman road goes straight through the arch of the narrow Victorian railway bridge.

To get this background view at the link, click on “Change map background” on the left of the grey map panel, and choose the option that appears on the right of the map panel. Then zoom in to where you want.

Quite a lot of my research is done with these resources, but since I have a desktop instead of a laptop, instead of relaxing in my comfy armchair I’m sat on a rather firm old dining chair.

It doesn’t stop me spending hours exploring, though. Why don’t you give it a go?

See you next week for part 2.