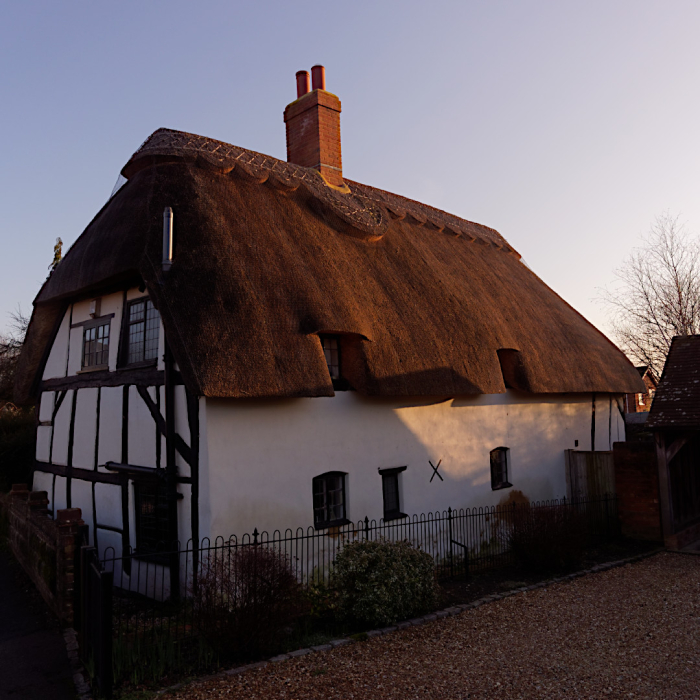 I was amazed to find that it’s been a whole year since I stopped at Orchard Cottage in Quainton, to watch the thatchers at work.

It isn’t nice working at height in the winter; I’ve done it. Just a few feet up a ladder, the breeze at ground level becomes a wind that goes straight through you. But they did a good job; the cottage looks great. They rebuilt the chimney, too.

The cottage was first built in the 17th Century, and later enlarged. From what the listing says, (it’s Grade 2) the 18th Century extension is on the end furthest from the road, on the right of the photo. My aunt and uncle moved into that end in 1955 when the cottage was divided into two. I wrote about the cottage and what it was to live there in the 50s last year.

Thatching is a highly skilled job, but If you fancy giving it a go, this is the book for you!