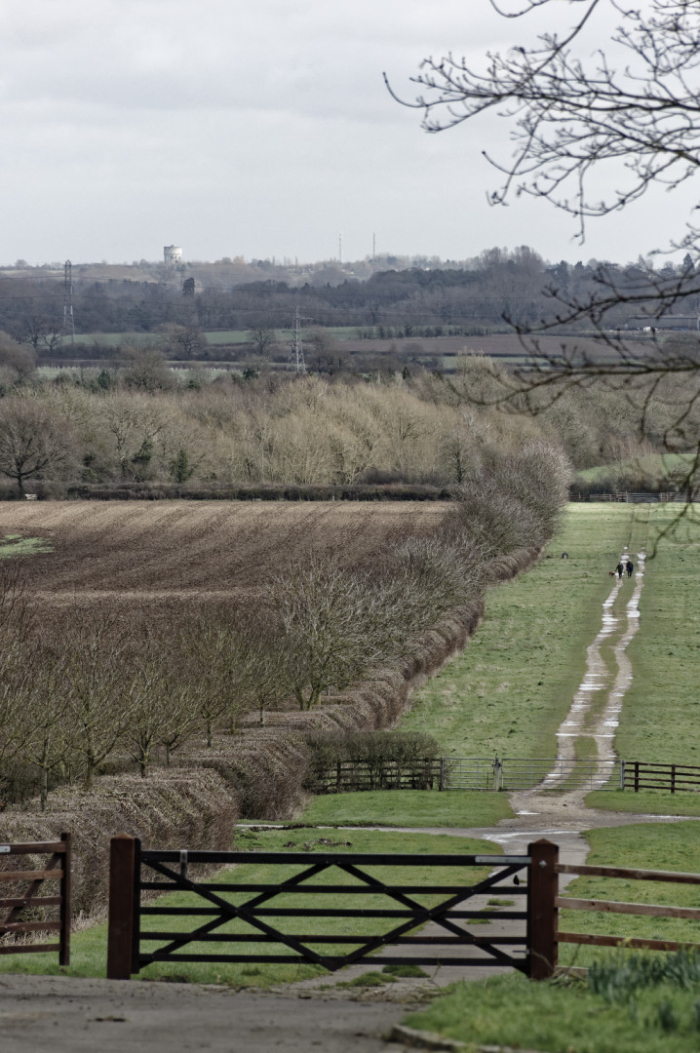 Mursley water tower sits on a hill that’s over 500 feet high; it's a local landmark. I’ve often spotted it from the roads and fields in the villages around Mursley, but I didn’t realise it could be seen from eight miles away until I visited Hillesden.

Hillesden is also high on a hill, and from the hill the water tower is unmistakable on the distant horizon. To the right you can see two radio masts that are on a farm just the other side of Mursley, and the trees in front of them are part of the village.

The darker band of trees you can see a bit closer to the camera is Addington. Winslow, between the two villages, can’t be seen at all.

Mursley water tower was built by the Buckinghamshire Water Board in 1938, so that mains water at a good pressure was available to the central and Northern parts of the county.

Have you ever spotted a local landmark from a great distance?