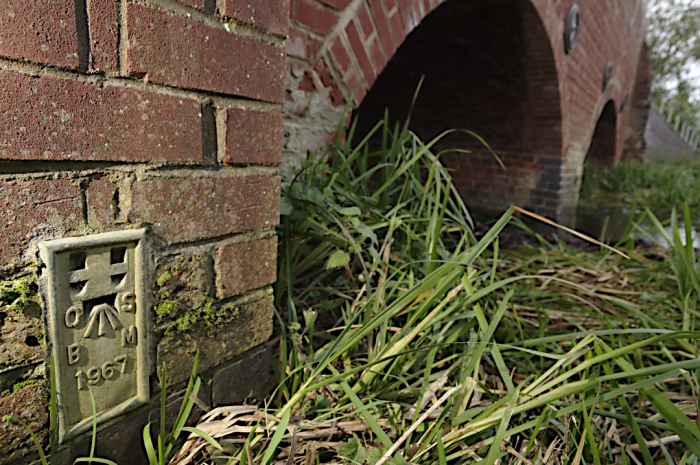 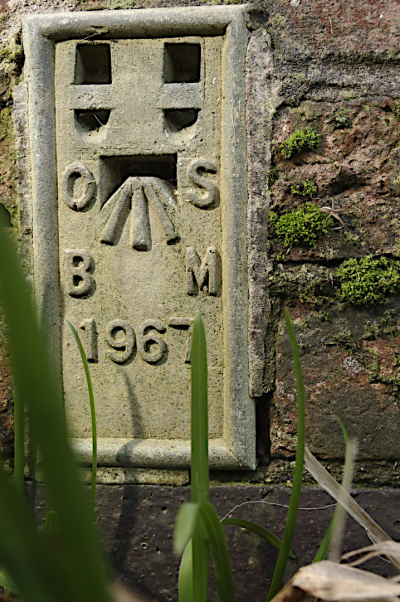 There are thousands of these bench marks in the UK, numbered in sequence on long surveying lines across the country.

This one, No. 1967, is on the bridge over Granborough Brook, between Granborough and Winslow. It’s the type known as a flush bracket, (it’s almost flush with the wall) and it was most accurately levelled at 289.5590 feet above mean sea level.

The next and previous Bench marks can still be seen. No. 1966 is in the wall of the Bell Hotel in Winslow, and 1968 is on The Old Dairy, in the middle of Granborough. Last year I found another flush bracket on the bridge at Grove, on the edge of Bucks. 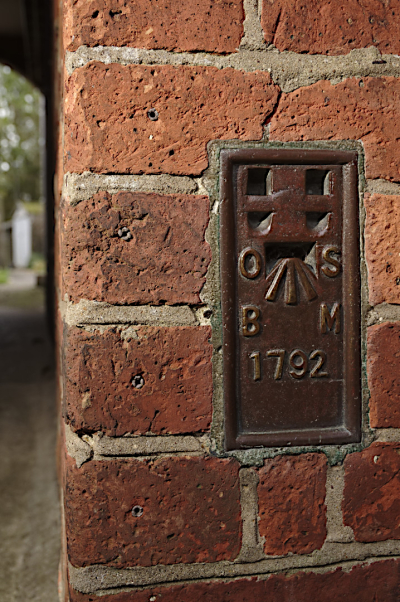 Flush brackets are fairly common, and I found another one at Prospect Place in Emberton. It’s in the wall of a terraced house, and the householder keeps the bracket clean and polished. He let me photograph it and was quite knowledgeable about his local bench marks.

He thought that the sockets at the top of the flush bracket were there for the ‘bench” to hook into, so it would support the bottom of a surveyor’s levelling rod at exactly the correct height; aligned with the horizontal slot above the broad arrow, just above the middle of the bracket.

He was right; later I found a photo online that showed the bench, hooked into position on a flush bracket. 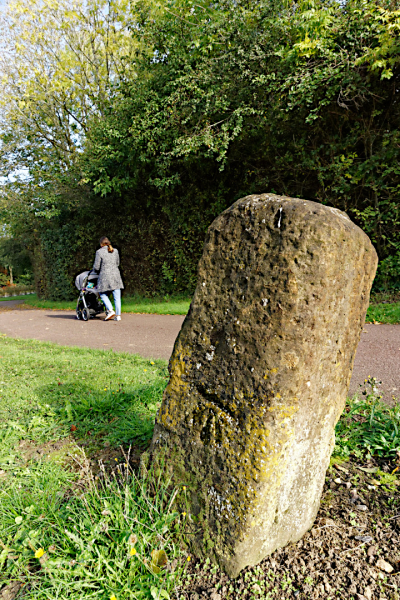 Milestone with bench mark, near Stony Stratford. The bench mark isn't very clear, but it's just below the middle of the left hand face.

Not all bench marks are the same. Many older ones are carved into the walls of churches or other old buildings. I found one by accident carved into a milestone just South of Stony Stratford. It was put there around 1850, and the surveyor wrote: “No. 195. Mark on old milestone at North-east side of road”

This milestone probably dates from the forming of the 1740 turnpike, and the bench mark is a bit simpler than the flush bracket type; the horizontal line carved into the stone is where the bench would be located.

The broad arrow below makes sure there’s no confusion with other carved lines. You often see this sort on churches. 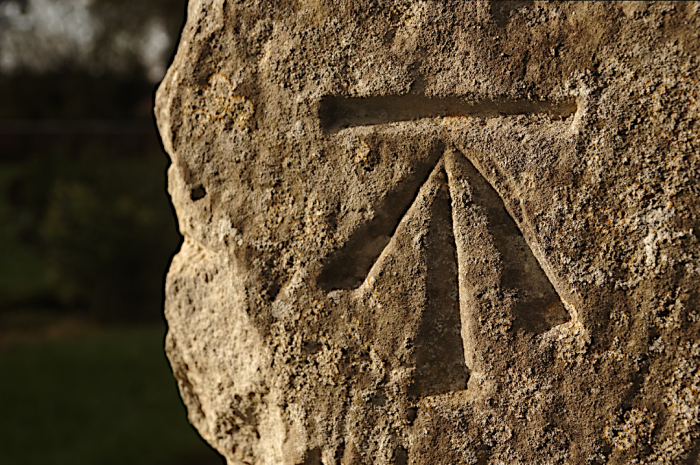 Woughton on the Green church.

You might even find an OSBM bolt. They are often a hemisphere about 2 inches across, with the letters OSBM and the broad arrow stamped into them. 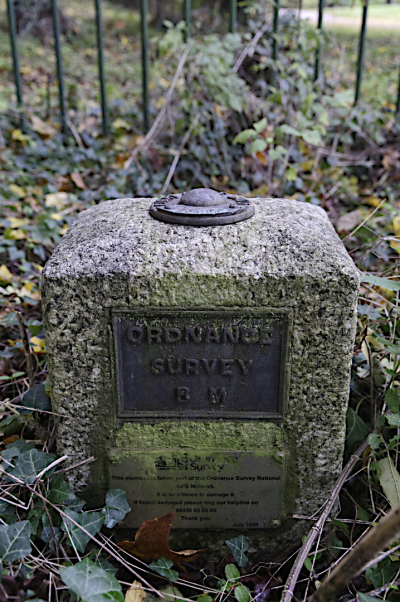 Many of these benchmarks are obsolete, but Fundamental Bench Marks are still very much in use. They are the primary height network for the Ordnance Survey, and are used for accurate height correction to the GPS model the OS uses.

There are just 190 in existence, and only one in North Bucks, at Great Linford in Milton Keynes. It’s between the church and the canal, and there’s an iron railing around it. Though old, it is still maintained, and there’s a sign on the plinth warning you not to interfere with it. 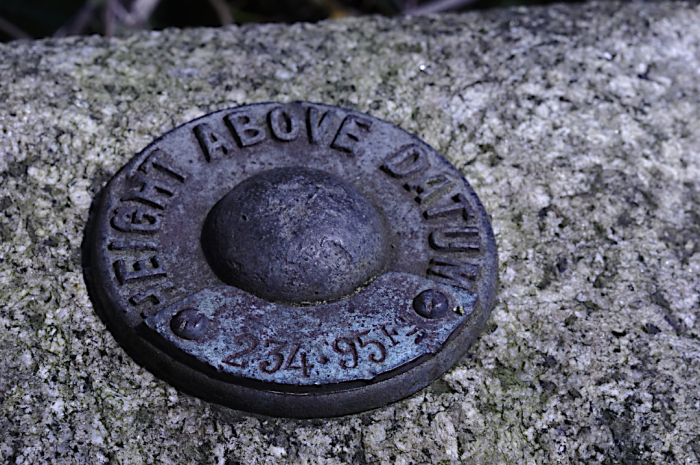 As old buildings are knocked down and new ones are built, bench marks disappear. But there are still plenty for you to find in the North Bucks area, now you know what to look out for. The Bench Mark Database will help you locate your local bench mark. Do let me know what you find.