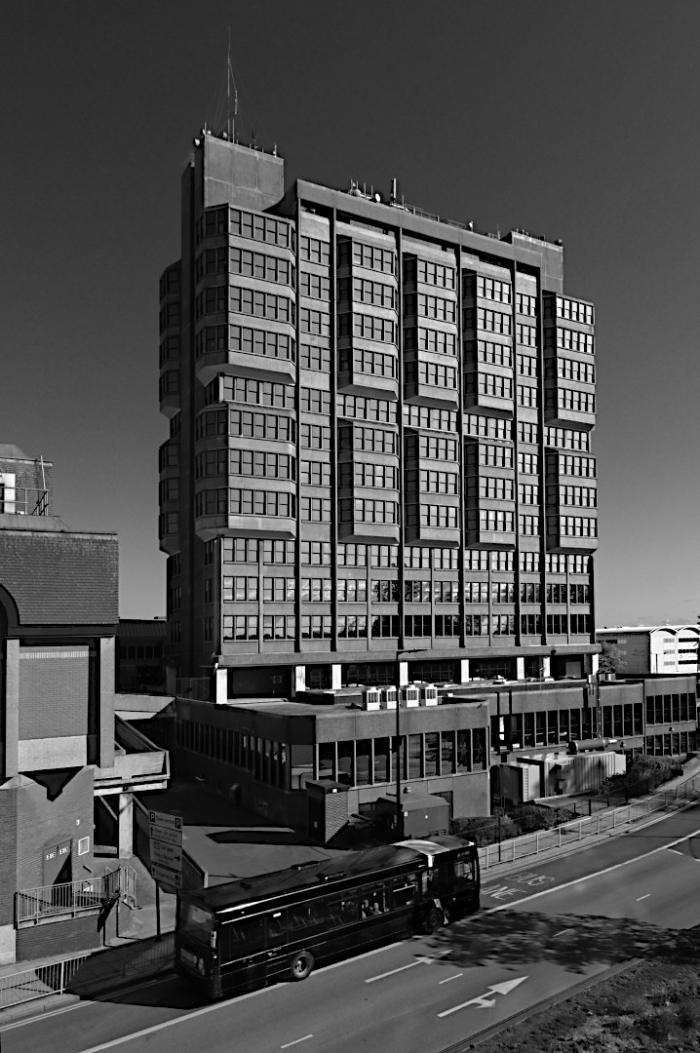 Visible from the Winslow road several miles away, it looks like a huge Norman castle, set against the background of the Chilterns. But instead, it’s a 1960s building right in the centre of Aylesbury. 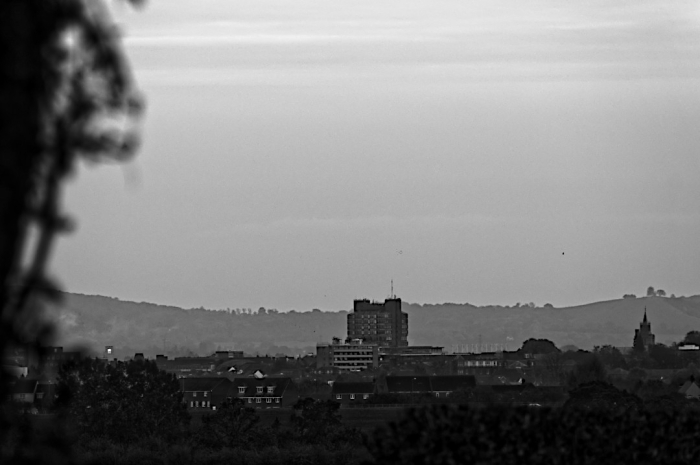 At 200 feet, it approaches twice the height of Rochester Castle, tallest of the Norman keeps, and has two and a half times the bulk. It is County Hall.

This dramatic Brutalist style tower opened in 1966, just two years after the foundation stone was laid in October ’64. 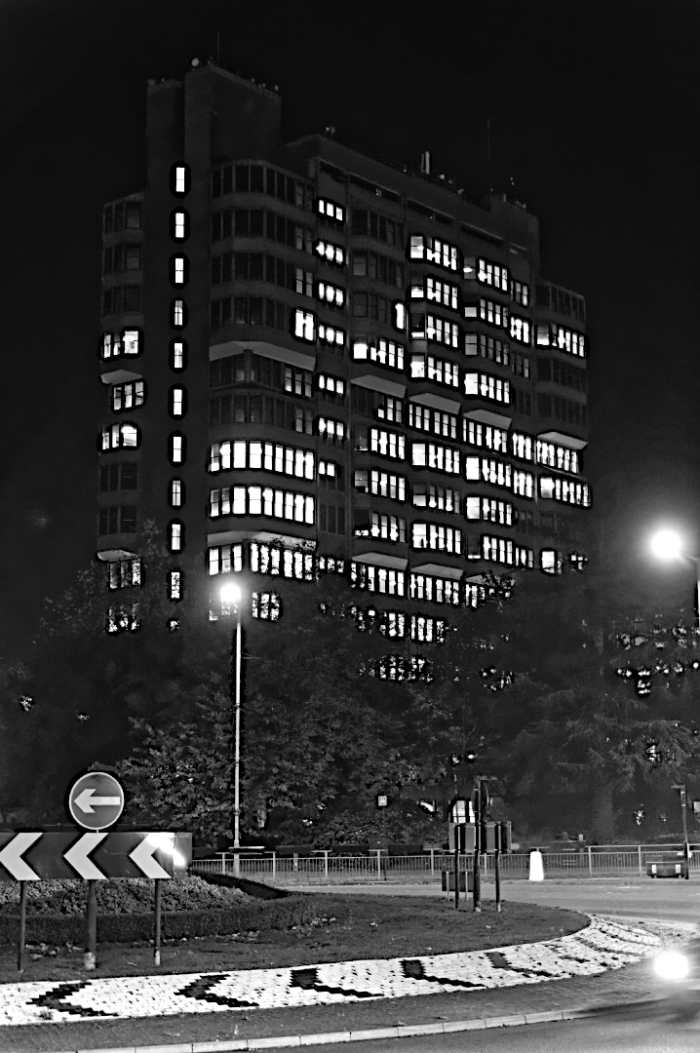 The old 18th Century County Hall at the bottom of the Market Square had become too small for the growing Bucks County Council, and though the Old County Offices were built to provide extra office space in 1928, a bigger and better solution was needed.

Fred Pooley was the County Architect and he produced the controversial design for the new offices, which soon earned the nickname “Pooley’s Folly”. Some still call it that today. In contrast, for other designs for Bucks County Council he preferred brick built buildings with pitched roofs, far more in keeping with existing local buildings. The Architects’ Journal described him as a quiet voiced pragmatist, in his obituary.

Fred Pooley had proposals for a new town of 250,000 people in North Bucks, complete with monorails. It was of course built; it’s Milton Keynes. Even a few years ago, there was talk of building a monorail through the town. 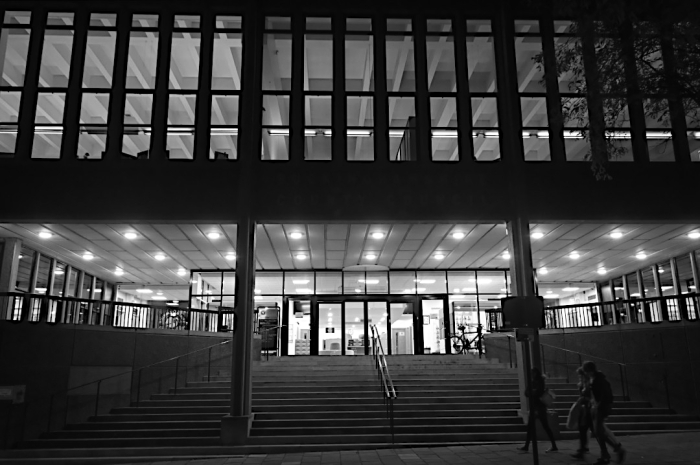 The Register Office, part of County Hall, is opposite the Old County Offices in Walton Street. Above the flight of steps in huge confident letters is “Buckinghamshire County Council” (not visible in my night shot). At one time Bucks County Council had it’s own printing department at the base of the tower; I worked there many years ago.

Like it or not, County Hall is an impressive building that has stood for over 50 years. What do you think of it?