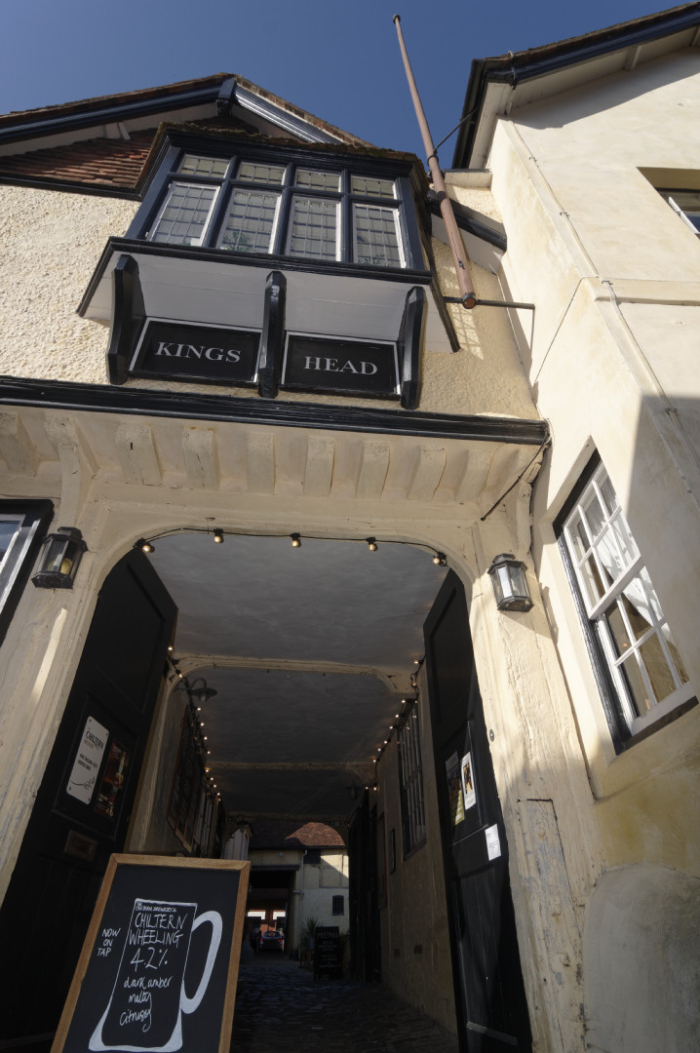 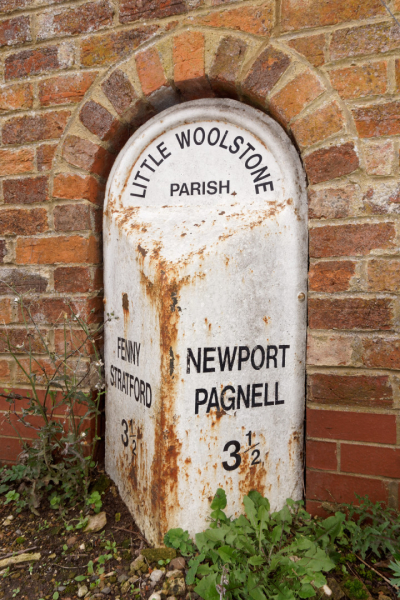 Another clue is a pub or hotel with a tall square arch. It would have once been a coaching inn where horses were changed and perhaps the passengers spent the night. Stage coaches used the turnpikes to travel the country in a reasonable amount of time.

Another clue is a modern road with extra wide verges. Sometimes the distance between opposite hedges is as much as three times the width of the modern carriageway.

It’s partly because before the turnpike, most roads were just dirt in summer and two or three feet of mud in the winter. When the ruts got too bad you just had to go round the side. 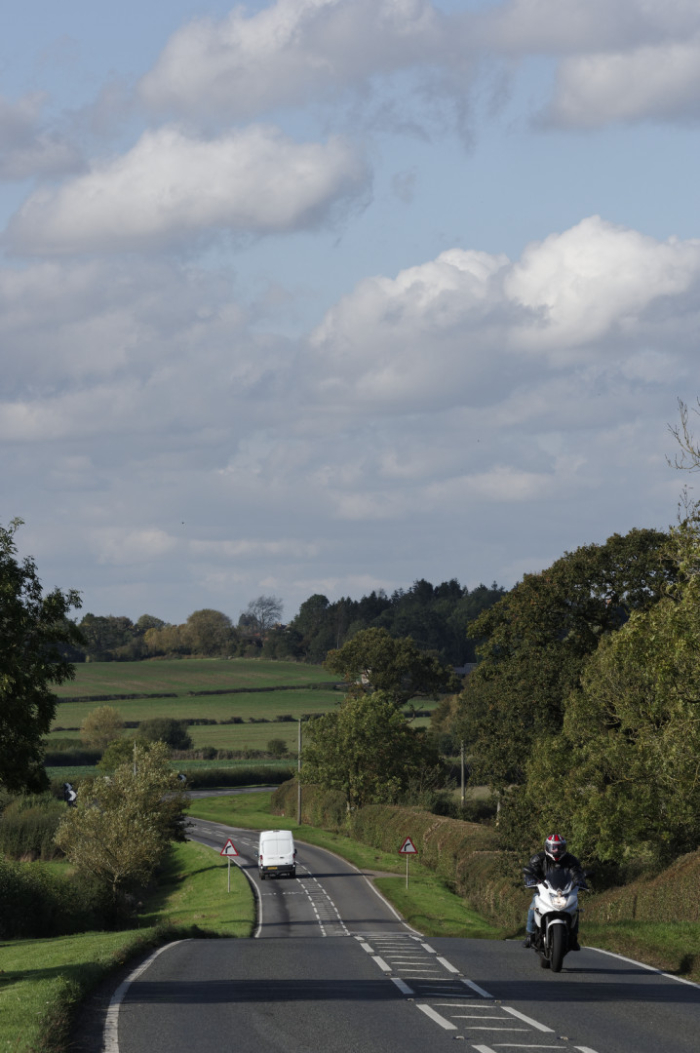 The new turnpike from Aylesbury to Buckingham. This is near Winslow; it's now the A413.

But the A413 from Buckingham to Aylesbury isn’t the original road, despite the wide verges. In this case the wide verges were to encourage drovers to use the route; the verges provided food for the hundreds of animals the drovers took across country. But they were not keen on paying the tolls, and would find another way.

Before the new turnpike was opened in 1722, the old road went South of Padbury and along a minor Roman road, and it was often impassable in winter. I’ve written about it here.

Often, if it’s an old main road that’s still in use, it is pretty likely that it was once a turnpike. But the Bletchley to Buckingham road, now the busy A421, was a collection of minor lanes back then. This route was partly used by the drovers, though.

If you ever go along the A421, the bypassed medieval bridge near Thornborough is well worth a look. You can park close to the bridge.

And what used to be the turnpike from Fenny Stratford to Newport Pagnell was never more than a B road.

You can still drive along most of it from Fenny Stratford to the far end of Woolstone, but then it disappears until you get into Willen, where it’s now the redway (cycle and foot path) that takes you past the Peace Pagoda and up into the old village of Willen.

The Bromham to Olney turnpike went past Olney and through Weston Underwood on what’s now just a side road. It joined the Northampton to Newport Pagnell turnpike at Gayhurst. 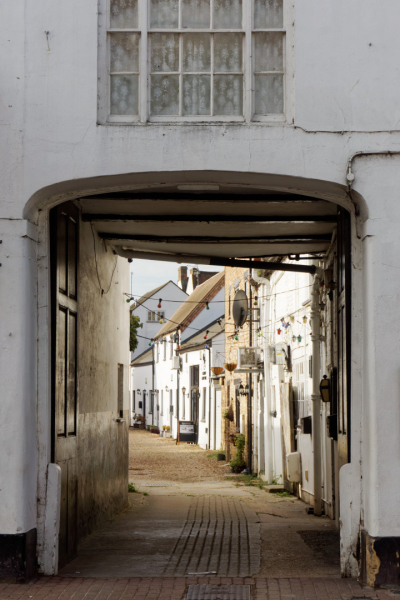 This is the 18th century White Horse, at Stony Stratford.

From the 16th Century on, one way to cross the country was to take the stage coach. The journey was in stages of ten to fifteen miles, and at the end of the stage horses would be changed and the passengers could stretched their legs, and get a drink, a meal, or an overnight stay.

It was an ardous journey on the coaches. Even the passengers inside were not fully protected by the weather. Before the turnpikes, the journeys took many days; London to Exeter was an eight day journey.

With the coming of the turnpike and improved coach designs, journey times were much reduced. What used to be a 14 hour stage coach trip from London to Aylesbury became just 4 hours, though that’s for the slightly quicker mail coach. The coming of the railways in the 1830s meant that the stage coaches were soon going to be superseded, and in the middle of that century, they were gone. They could not compete with the speed of the trains.

Next time you are out in North Bucks, see what clues you can find; you might be on the old turnpike, following the route of the ancient stage coaches. 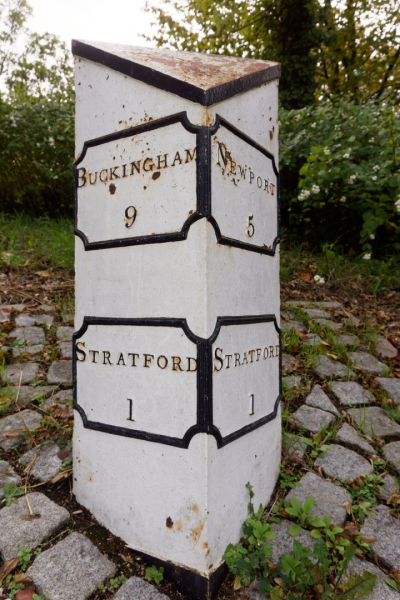 On the Buckingham and Newport Pagnell turnpike, near Wolverton. There’s a very good copy of this mile post at the Milton Keynes museum.