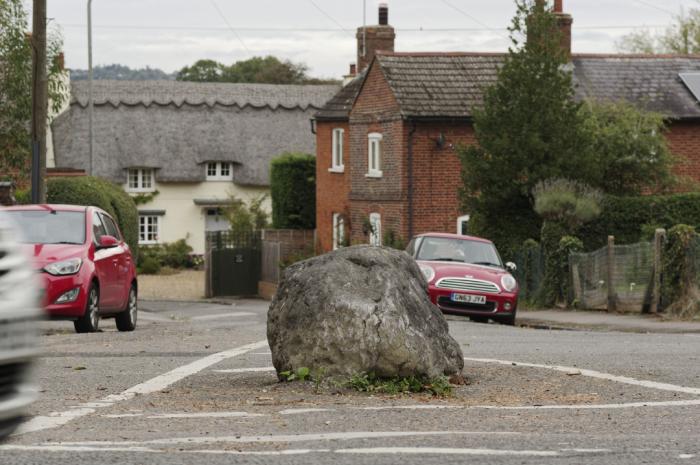 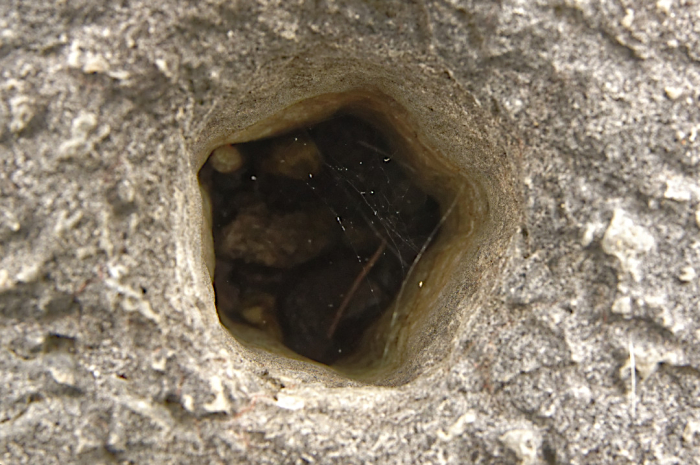 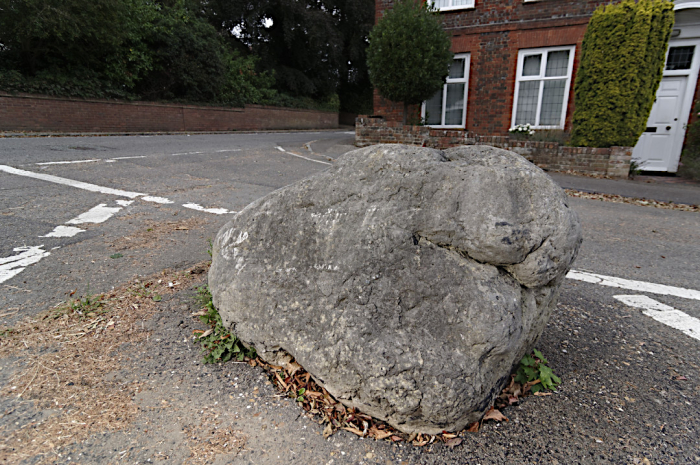 That is fascinating. I have driven by it so many times and assumed it was perched on top of the road surface for some obscure reason. Thanks for enlightening me.

Manda,
I think that over the years the stone has just eroded at road level, to give the appearance of a stone that's just sitting on the surface. The illusion still holds up quite well at close range.
Roger