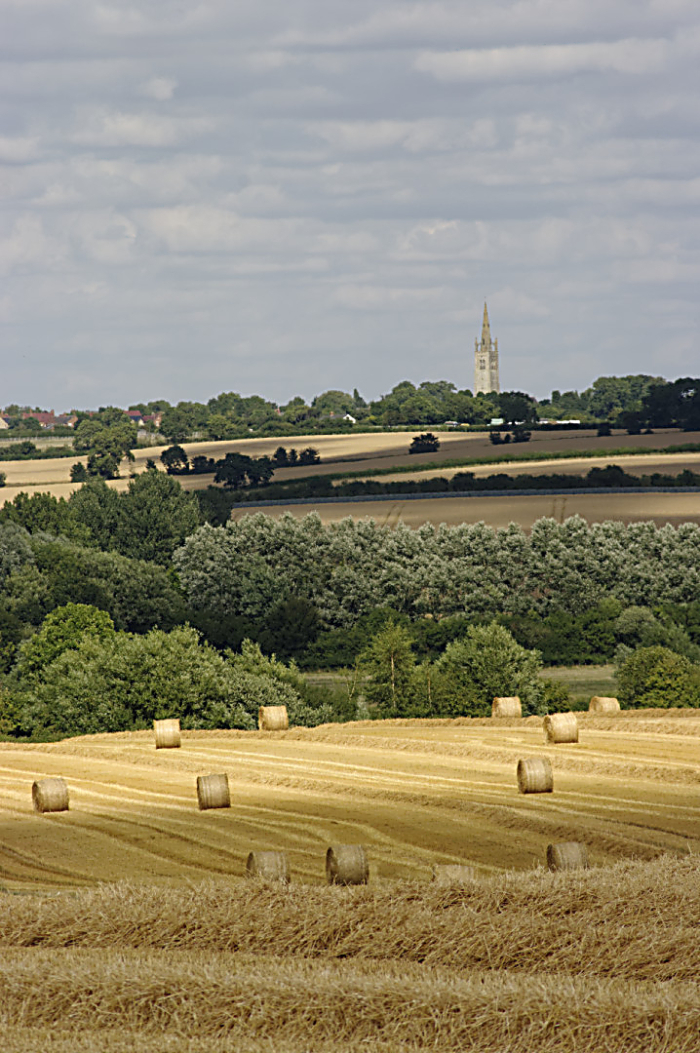 I'm taking a break this week, but the North Bucks Wanderer will be wandering again next week. In the meantime, if you look over there... (points right for computers, down for phones) you can look through the NBW archives either by date or subject. With over fifteen months of posting, there's bound to be something you'll like.

Our area, or "stomping ground" covers the Aylesbury Vale district and the Milton Keynes district. It's a wiggly border. Sometimes it follows rivers; the Thame at Ickford in the South, the Great Ouse and its tributuary the Gove near Castlethorpe, and Wolverton. At Finmere it follows a Roman road. At one time Caversfield in Oxfordshire was part of Buckinghamshire, completely separate from the rest of Bucks.

Sometimes I'll go to the border, and I'll post another one of my Tales From the Edge. The photo at the top here is from one of those tales. The river Gove and the Grand Union canal are out of sight at the bottom of the valley, but on the other side, on top of the hill is Hanslope church. It's in Bucks.