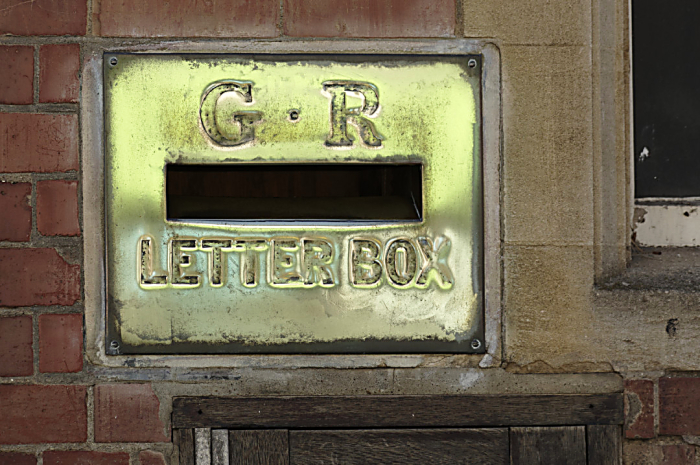 As a schoolboy, I often went to the post office in Winslow High Street with my Mum. It’s been closed for years now, and instead there’s a post office in the One Stop supermarket, opposite the Square. But the brass letter box in the wall of the old post office is nice and shiny. What’s going on?

Despite appearances, the box is still in use. I visited Winslow High Street recently, and when I came out of the shop, I noticed a woman polishing the box. She told me that her name is Brenda, and she said that she has lived in the town for many years. She told me that because the post office looks deserted, she regularly polishes the letter box so that people realise it is still in use; she does it at her own expense.

I looked at the 1911 building. The windows were dusty, and the vending machine in the window last sold stamps at 5p each. It doesn’t look as though the building is in use, but it’s the local Royal Mail delivery office.

If you are not in when your parcel arrives, this office, at 61 High Street, is where you can collect it. For opening times and information click here. It’s opposite the Co-op. 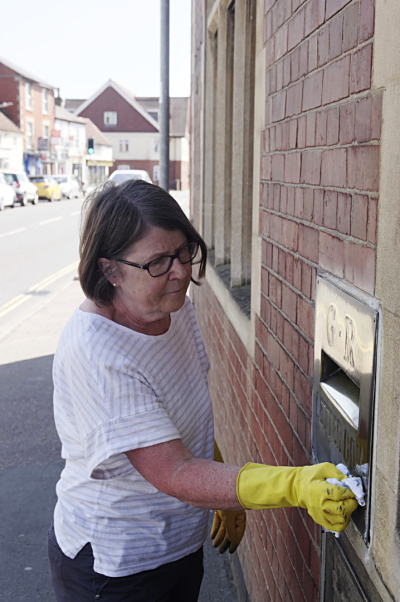