Who Are Those Folk on the Green? 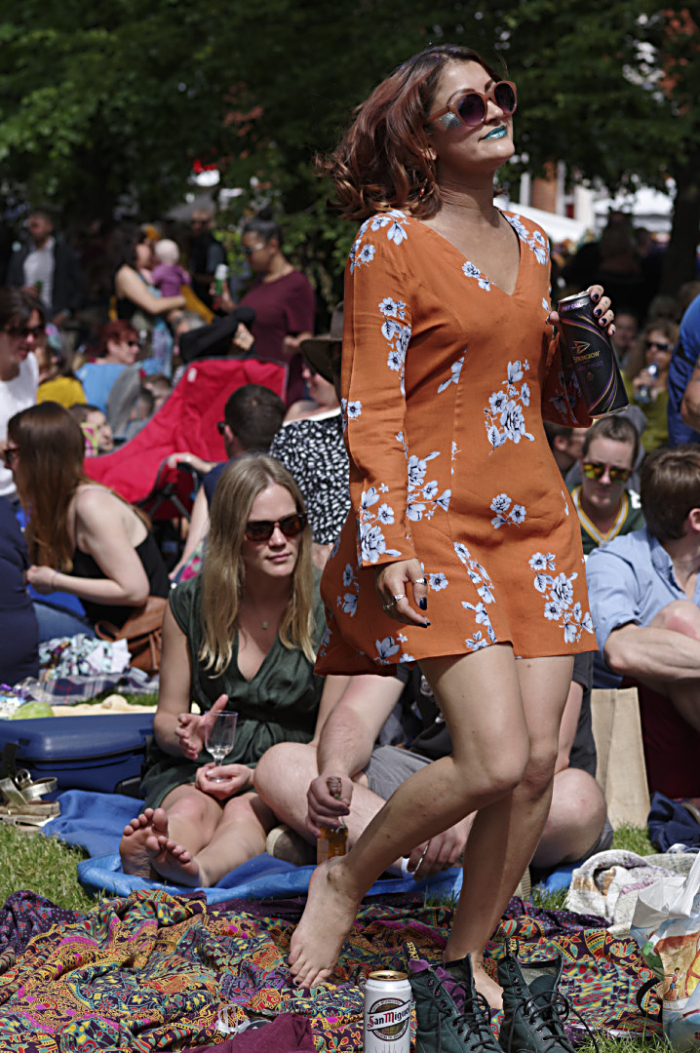 It’s not widely advertised, but on one Sunday each June Horsefair Green in Stony Stratford is closed to vehicles, a stage is erected, and Folk on the Green begins.

It was the 47th Folk on the Green this year, and ten acts performed on the stage, including students from the MK Rock School. Stalls sold jewellery, beer, or tea and coffee, or you could have your face painted. There were food stalls, and an ice cream van.

Congregation members of the Stony Stratford Community Church gave out free bottles of water; their church is on Horsefair Green. Folk sat and listened, or got up to dance, or bumped into friends they hadn’t seen for a while; I did. Children ran about.

For a change, I concentrated on taking photos of the audience, not the musicians. There are some very interesting people attending this festival.

Well done to all the volunteers who took so much trouble to produce this fine event. It’s free entry, but the festival cost over £6,500 to hold this year; volunteers come round asking for donations during the day. I’m looking forward to next year’s event. 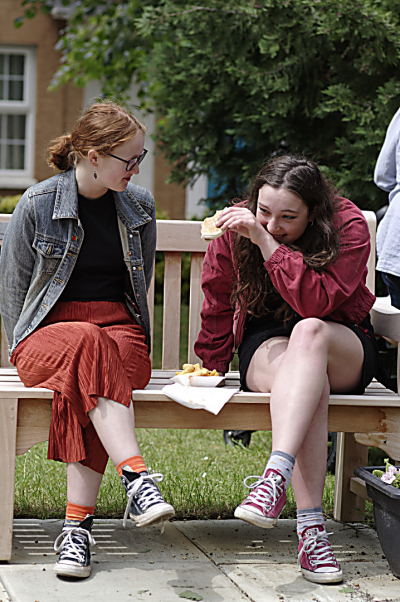 Continue reading "Who Are Those Folk on the Green?" » 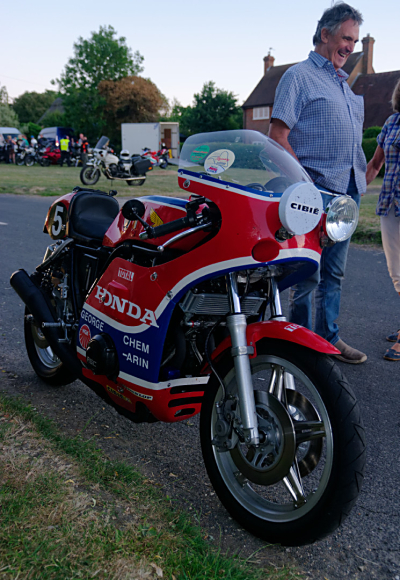 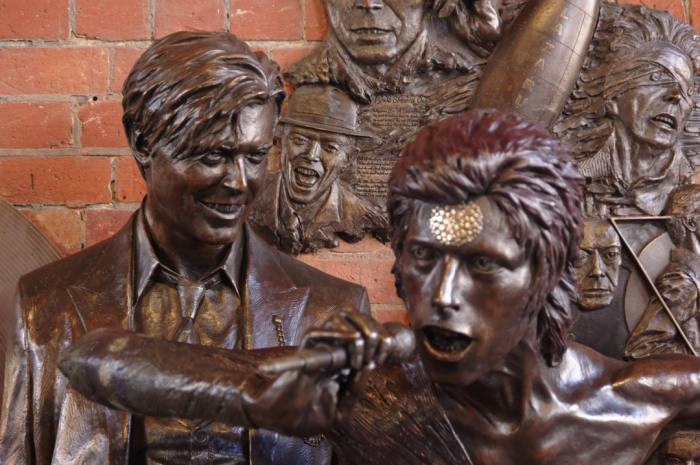 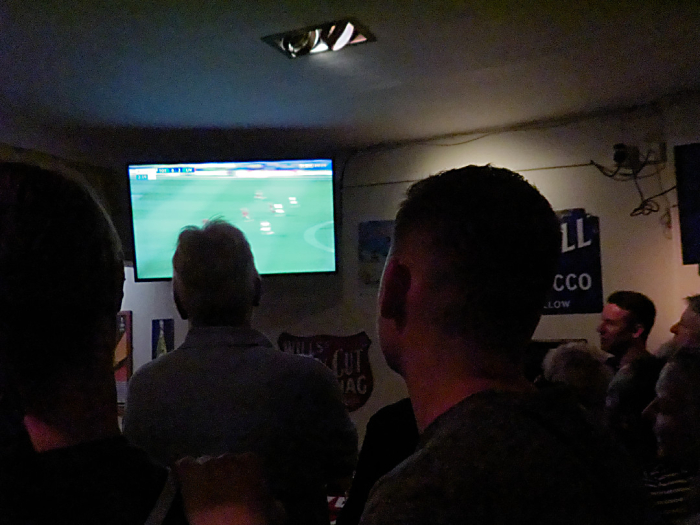 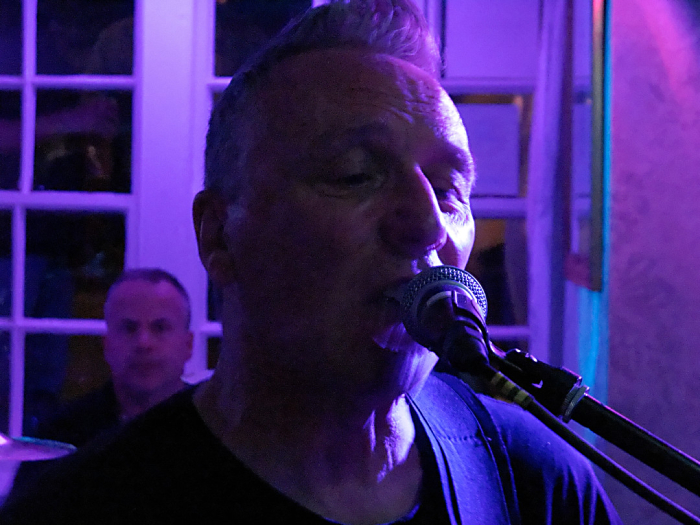 Wandering For a Whole Year. 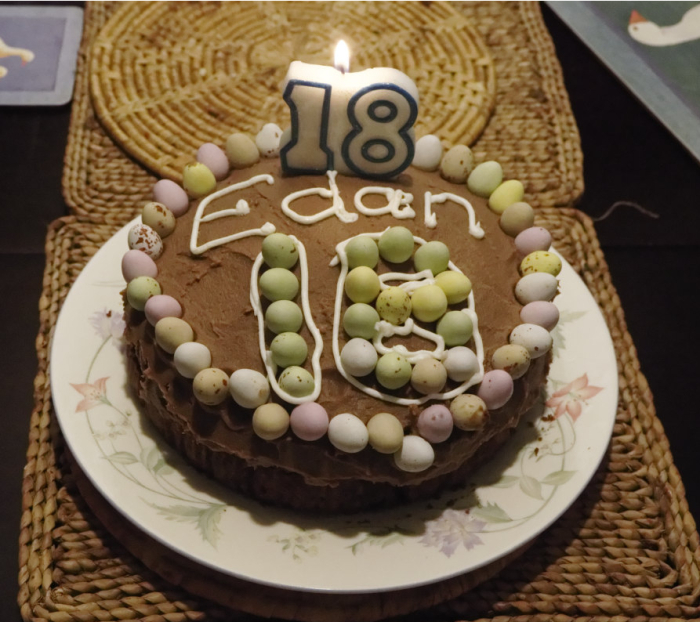 My nephew’s birthday cake. 18 years have gone by quickly, and I am unable to dangle him upside down these days like I used to, as he’s now bigger than I am.

The North Bucks Wanderer is one year old this week! I wanted to show you some of my favourites from the last twelve months, but I’m holding that post over until next week, because today I’m showing you quite a few photos from Stony Live, Stony Stratford’s eight day live music, entertainment, and events festival.

Many blogs runs out of steam early, with perhaps half a dozen posts before the author runs out of steam. In contrast there’s been over sixty posts on the North Bucks Wanderer. Why not take a tour through the archives to pick your own favourites, then come back next week to see if they match my choices? 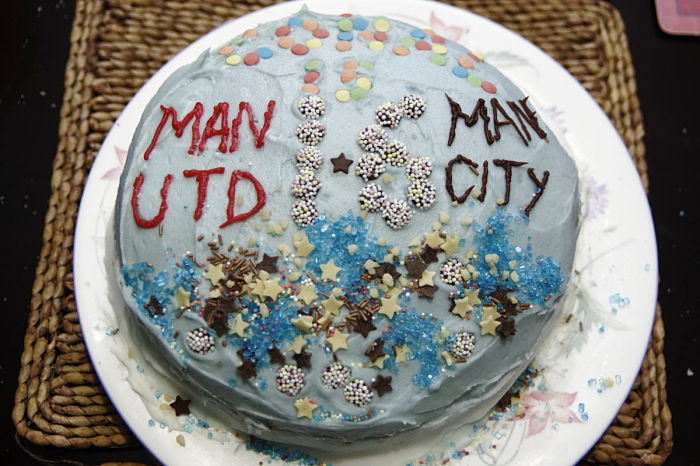 Another nephew’s birthday cake, which also marked a match where the other Manchester team was soundly beaten. As a City supporter he refused to eat any of the cake on the United side. On this subject, if you are in Stony Stratford, the Macintyre coffee shop does very nice cakes.

The Tibetan flag was due to be raised at the Buddhist temple at Willen in Milton Keynes, for the sixth year in a row. It’s a protest event, because the flag can’t be raised in Chinese occupied Tibet; it’s been illegal to do so since 1959. I went to see what was happening. 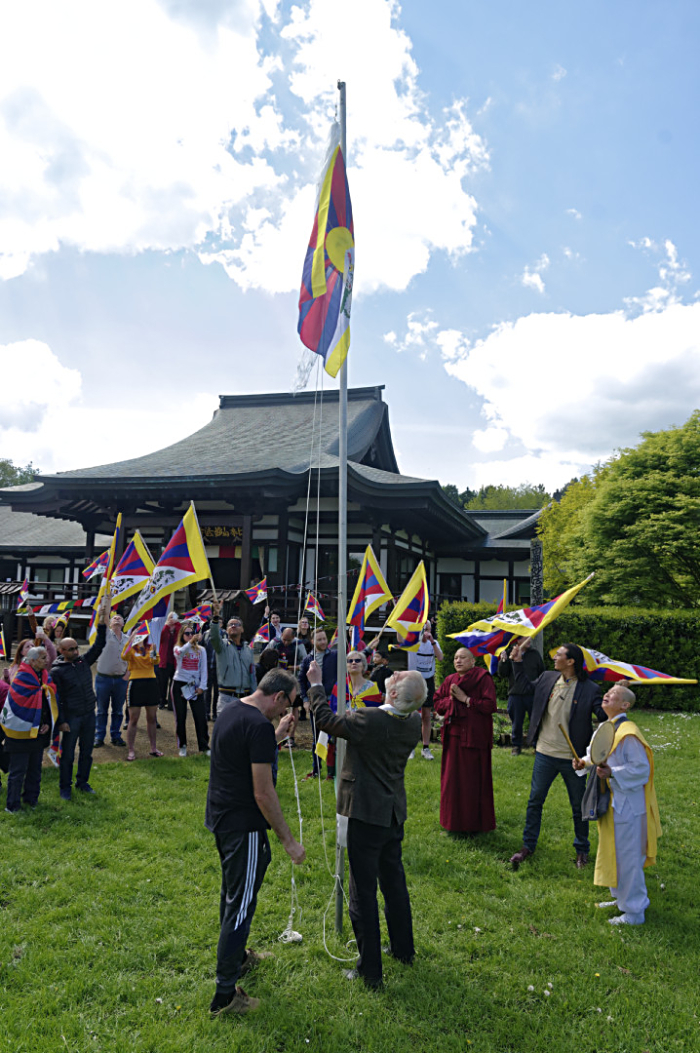 It was a gloriously sunny day when I arrived at the temple, to find the shrine room full of worshippers. But I stayed outside, where the owners of Tibetan terriers had brought their dogs. They were waiting for the flag to be raised. Children ran around, and I saw them climbing the steep slope that leads to the Peace Pagoda.