The Fort in the Woods

Right on the edge of Bucks, on a wooded hilltop between Woburn Sands and Bow Brickhill, is Danesborough Hill Fort. It's well worth a visit. 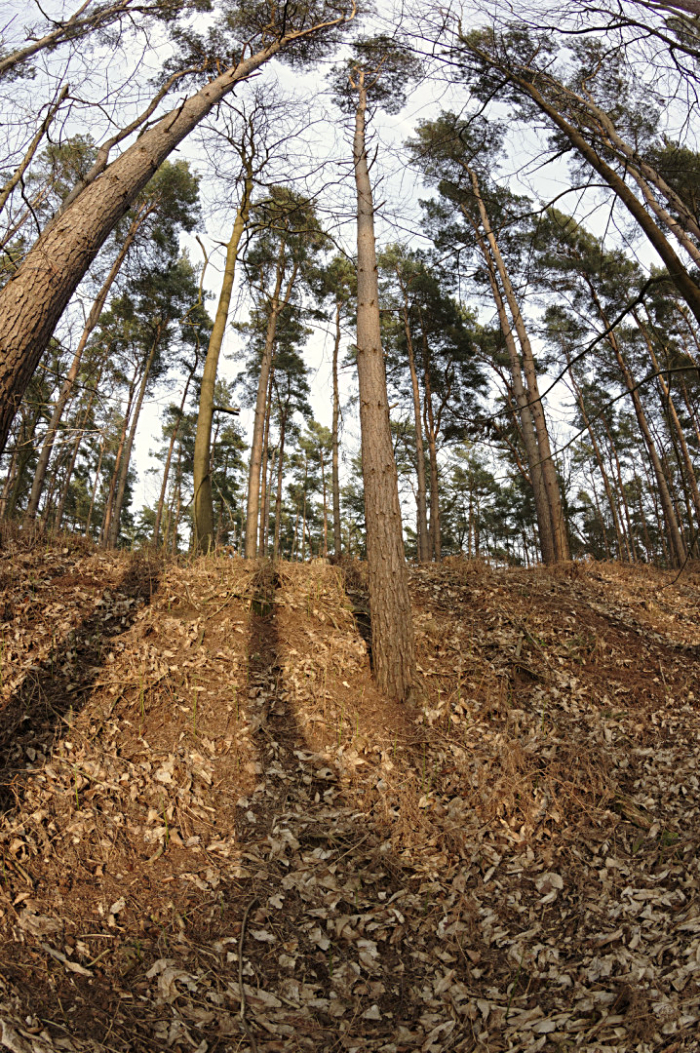 Danesborough Fort is South West of Woburn Sands. I took Church Road (signed Aspley Heath) from the second of the two roundabouts at the end of Woburn Sands High Street.

About half a mile up the hill is Silverbirches Lane; it’s on the right. It’s a private road so I couldn’t drive down it, so I parked up and took the public footpath that runs along the road.

I followed Silverbirches Lane to the end. There were two sharp bends, a left and a right. At the end of the road, I saw another footpath sign. It directed me down a path alongside a garden fence, and I found myself looking out across a small steep valley. In amongst the trees and at the top of the hill opposite was the Fort. I found a steep slope some yards to my left. The footpath went down it.The slope looked like it would be slippery if it’s been raining.

At the bottom, I bore slightly left and crossed over the main track. I saw a fairly minor path in front of me that led up through a small wooded valley.

As I walked uphill, I could see the Fort above me to my right. Near the top of the hill, I found another track that crossed the one I was on, and turned right along it, almost back on myself. A few yards away, the earthworks of the camp were in front of me.

To my left at about the same distance was the sixty foot long entrance causeway that crossed the ditch and ramparts. I had walked about half a mile.

It’s a conifer wood. Dead bracken lay between the trees, but I could see new immature fronds, a few inches tall, with the curled over ends poised to unwind. New buds were appearing on the trees. The hill would not have been wooded when the fort was in use. 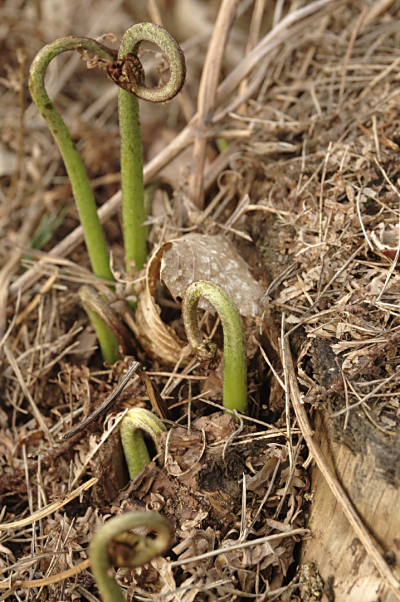 Danesborough Fort is about 800 feet long and 450 feet wide, and ramparts and ditch are still around three sides of it. It’s about 2,100 years old, judging by the pottery that was found during a three day excavation in 1924.

From the ditch bottom to the top of the ramparts (the inner bank) it measured up to ten feet. When the fort was in use, the rampart would have been steeper and taller; the ditch deeper. But soil from the rampart and the small bank in front of it (the counterscarp) have eroded into the ditch bottom.

The 1924 survey excavated the ditch in two places, and they found the original ditch bottom to be eight and nine feet below the modern soil level. That meant a 18 or 19 foot deep rampart; quite an obstacle.

If you were an attacker you’ve got the ditch, the rampart ( a steep slope) and a wooden wall to get past, and the inhabitants would be doing all they could from behind the wall to stop you. 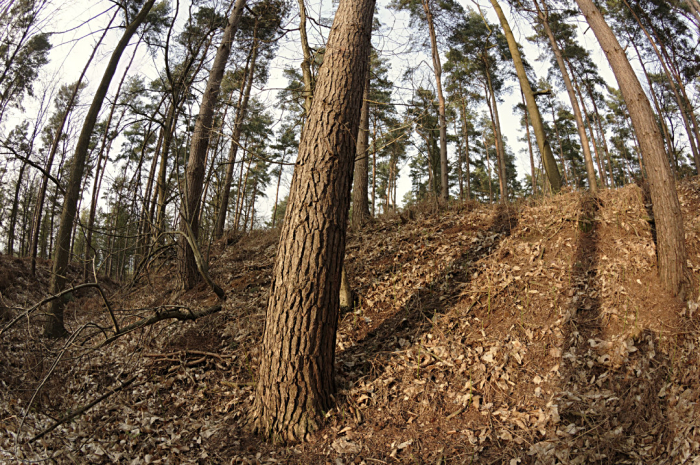 It’s hard to say how the fort was used. Perhaps it was just a refuge in times of trouble, or it could have been used a base for locals to resist the advance of Roman forces. Perhaps both. It could have already been there when the Romans came. 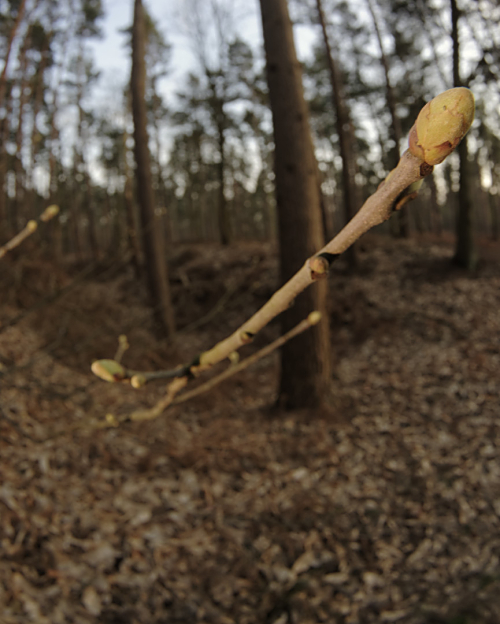 We don’t know why it’s called Danesborough. By the time the Danes came to Britain the camp was eight or nine hundred years ago. Perhaps they used the camp when they ventured out from behind the Danelaw border,  a day’s travel or so away to the East.

Although the camp and the woods are privately owned, the Greensand Trust maintains public access. If you want to ride a bicycle or a horse there you should first apply for a permit, but walkers are free to roam.