The Flower of Saint George

One of the most English of flowers is the bluebell, and what better day for me to go to see them than Saint George’s Day?

Shenley Wood
In the early 1990s I worked on the building site that would become Woodhill Prison. The main road went no further South than the prison, and one lunchtime I walked over to the woods, which back then were still in the countryside.

It was a sunny day in late April. To my great surprise, the woods were full of bluebells, the flower of Saint George. By the path, Shenley Wood.

I later learned that I had been in Shenley Wood, so it was my first stop this St. George's Day. It's part of Milton Keynes now.

To get to it I drove North along the Tattenhoe Street V2, crossed Childs Way H6 at the roundabout, then from the V2 turned right into Merlewood Drive. On my left were car parks for the woods. I parked. 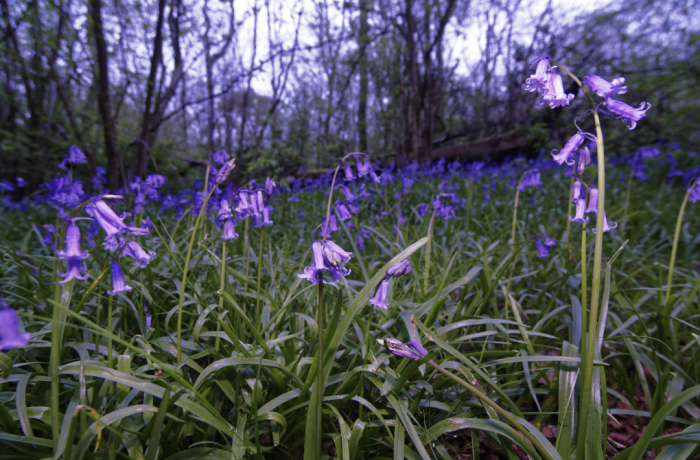 I left the car and crossed the redway and bore left into the wood. The path was smooth and level and I soon found bluebells growing right by the path. Some bluebells were yet to flower.

I followed the path as it curved right, and for a while I was on the edge of the wood. Somewhere I must have crossed the route I took all those years ago.

I could see bluebells in the wood, so I crossed the ditch to take photos. A little further on I found a wood chip path through the woods and made my way back to the car. It was about two thirds of a mile in total, on fair to good paths. 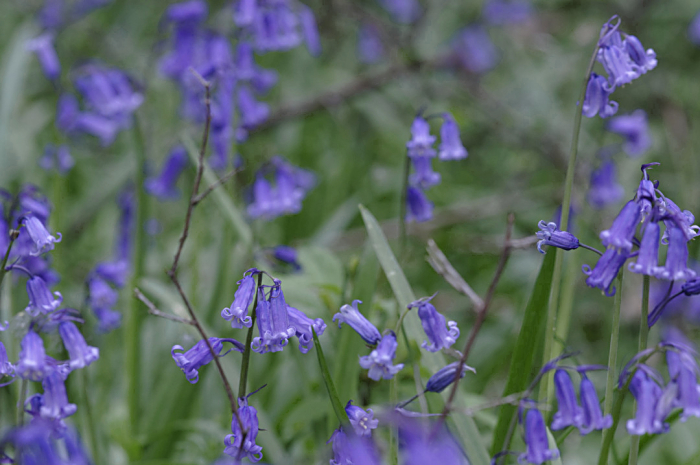 Across the ditch in Shenley Wood.

Howe Wood
I drove about a mile South to this next wood, still in Milton Keynes. Thanks to my sister in law for the tip; I didn’t know about this wood at all. The entrance to the Howe Wood car park is on Chaffron Way H7, almost opposite the turn to the Westcroft shopping centre. 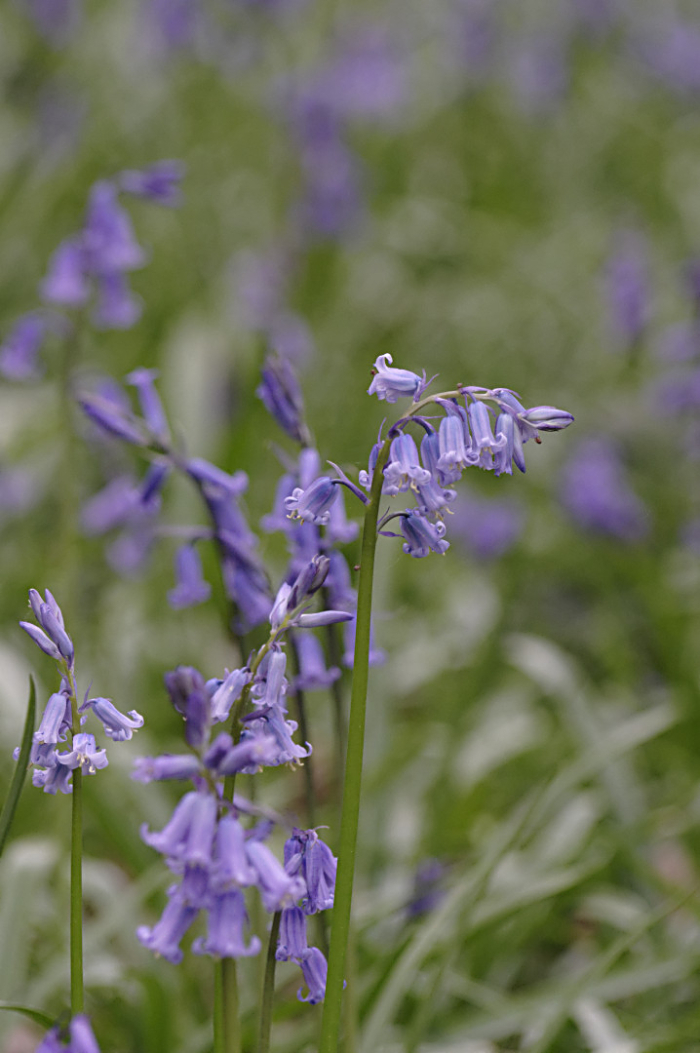 It’s not far from the car park to the wood, and I took the path past the pond. I didn’t have to go far into the wood before I saw a fine display of bluebells.

I talked to some local dog walkers who told me that there were much fewer bluebells up the hill, though I saw a few on the path side as it climbed the slope. I took their advice and was happy with the photos I’d already got. 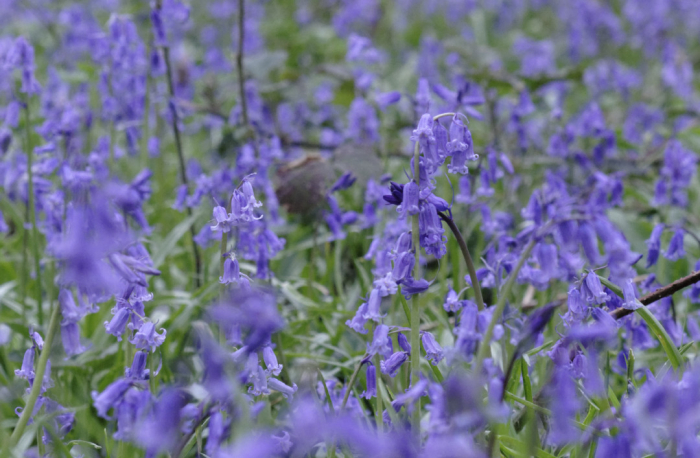 Which to choose? Shenley Wood is wilder, more like it would have been before Milton Keynes came along. Howe Wood is more managed, but there’s a good display of bluebells visible from the path, and you don’t have to go too far along the path to see them.

These both being Parks Trust land, there’s free access over the whole of the woods. Why don’t you try either or both of these woods, and tell me what you think? There’s still some time left; the bluebells aren’t yet at their peak. 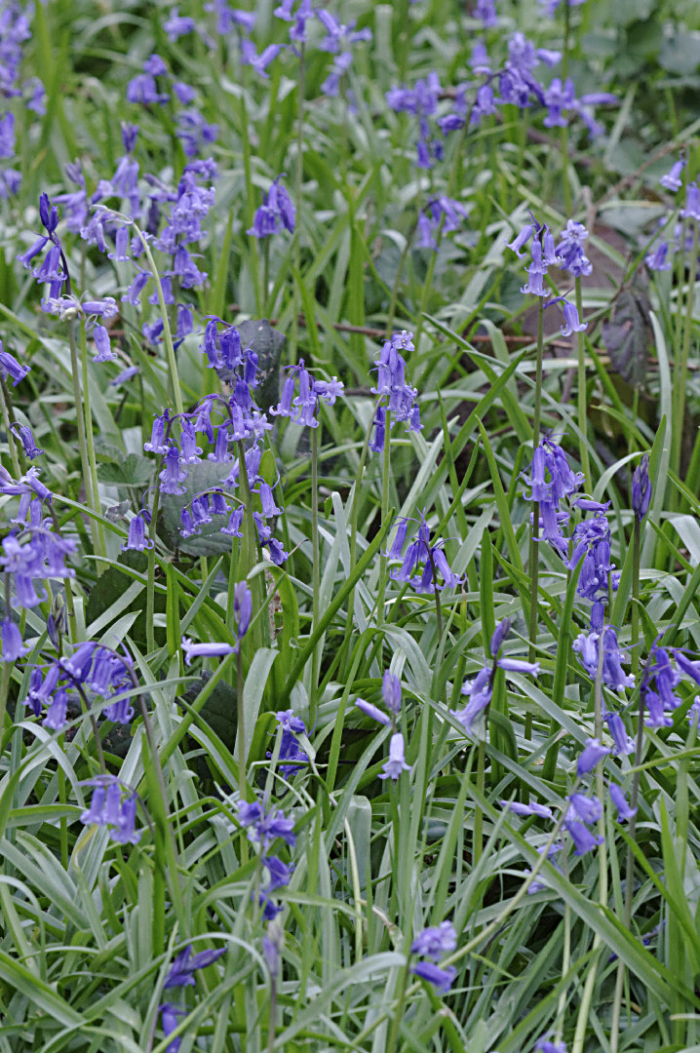 From Howe Wood I went on to Hollington Wood, out in the country near Olney. I’ll tell you about my visit and more in my next post, on Wednesday. At Hollington Wood I found some albino bluebells.

But first, here's some other woods with bluebells, in the North Bucks area:

Finemere Woods
(near Quainton). Owned and managed by The Berks, Bucks & Oxon Wildlife Trust (BBOWT) Permissive paths and footpaths through the woods. Footpath access to get to the wood is closed, but there’s alternative access just along the road.

Little Linford wood.
Owned and managed by the BBOWT. There’s a network of rides and nature trails.