(Edited) My apologies, but I somehow managed to leave the first sentence off this post.  I've just put it back, and so the post should make rather more sense. The Wanderer

Always carry a camera! I try hard to do this so I have a choice of different cameras, according to what I’m doing that day.

There’s the Pentax outfit. It’s big, it’s heavy, and very versatile. When I’m just going out to take photos, it’s the weapon of choice. My K3 is out of production, but there’s now the Pentax KP, and the 16-50mm lens.

The Sony A6000 and 16-50mm lens does most things, and it’s a great daily carry. It’s fairly compact, light, and easy to carry. It fits into a coat pocket or, I would guess, into a large handbag.

The two 16-50mm lenses are different. The Pentax lens gathers between two thirds as much again and four times as much light, depending on the zoom setting, than the Sony lens. But it's also much bigger and heavier.

The Canon G9 is outdated, worth little, and is far better than I thought it would be. I use it when I’m doing other work that’s not photographic or blog related, and it just goes (in its case) into the tool bag. The case has a belt loop so I can wear it while doing other things.

It’s a notebook camera and you wouldn’t be interested in my photos of old bits of electrical machinery, so there’s no photos from this camera here. But I have used it for blog photos in the past, when I’ve spotted something of interest.

Canon have modern G series cameras. One is the Canon G9 X. 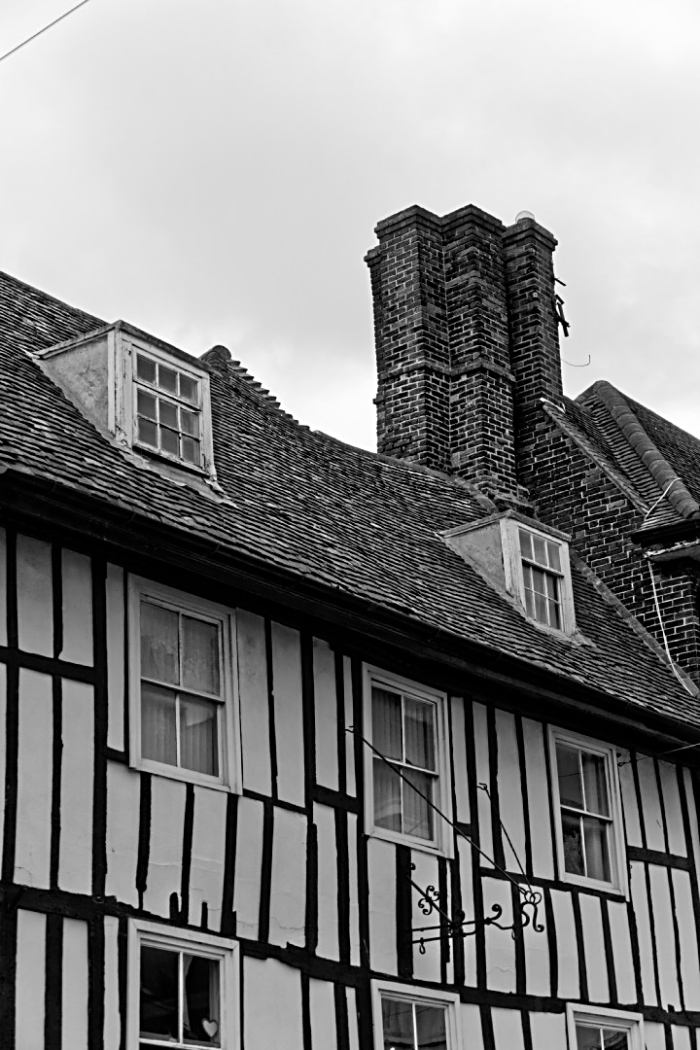 Saturday 6th April. Cloudy. Next time you are in your local High Street, look up above the shop fronts and see what’s there. You might be surprised. This nice timber framed, early 17th century building is 38 High Street Newport Pagnell; it’s 400 years old! You can also see the gable end of the brick built number 40-42; it’s not quite so old, but still 17th century.
Sony A6000 and 16-50mm lens. 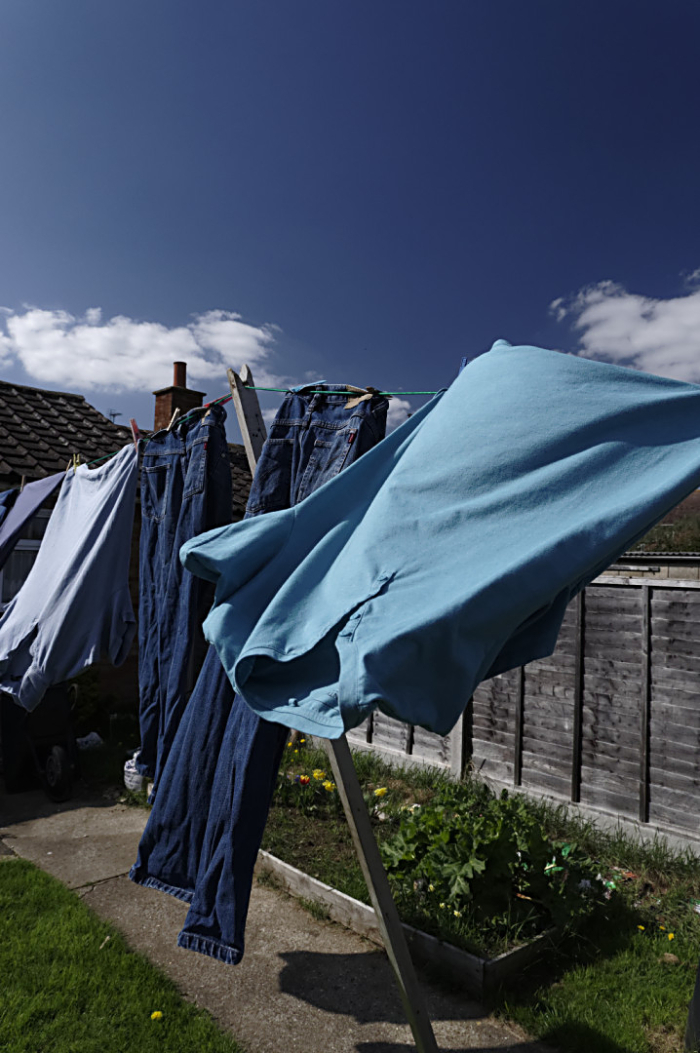 Wednesday 10th. Warm, sunny. A great day for drying clothes and for colour photography. I had been eating lunch in the back garden and noticed I had blue t-shirts, blue jeans and a nice blue sky. I popped back into the house, grabbed the Pentax and took a long series of photos, including this one.
Pentax K3, 16-50mm lens. 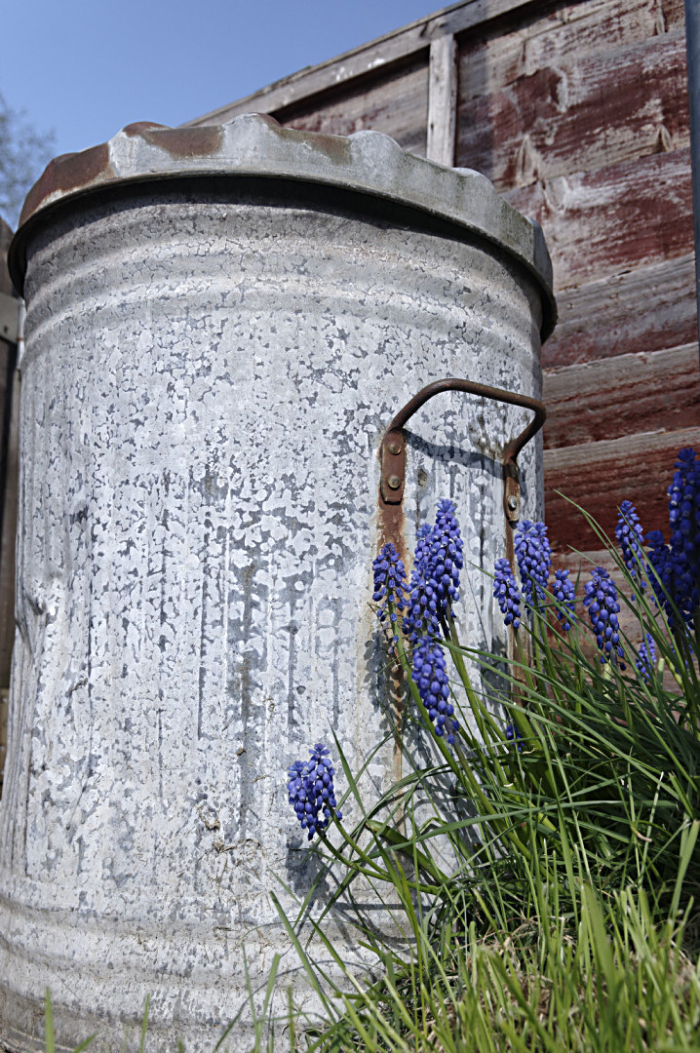 Minutes after the previous shot, I took this photo of my (proper metal) dustbin, and the grape hyacinths that are gently but persistently spreading across my garden.
Pentax K3, 16-50mm lens. Later that day I went to the old brick kilns in Great Linford, but I found that they are in very poor condition so they’ve been fenced off, awaiting repair.
Pentax K3, 16-50mm lens. 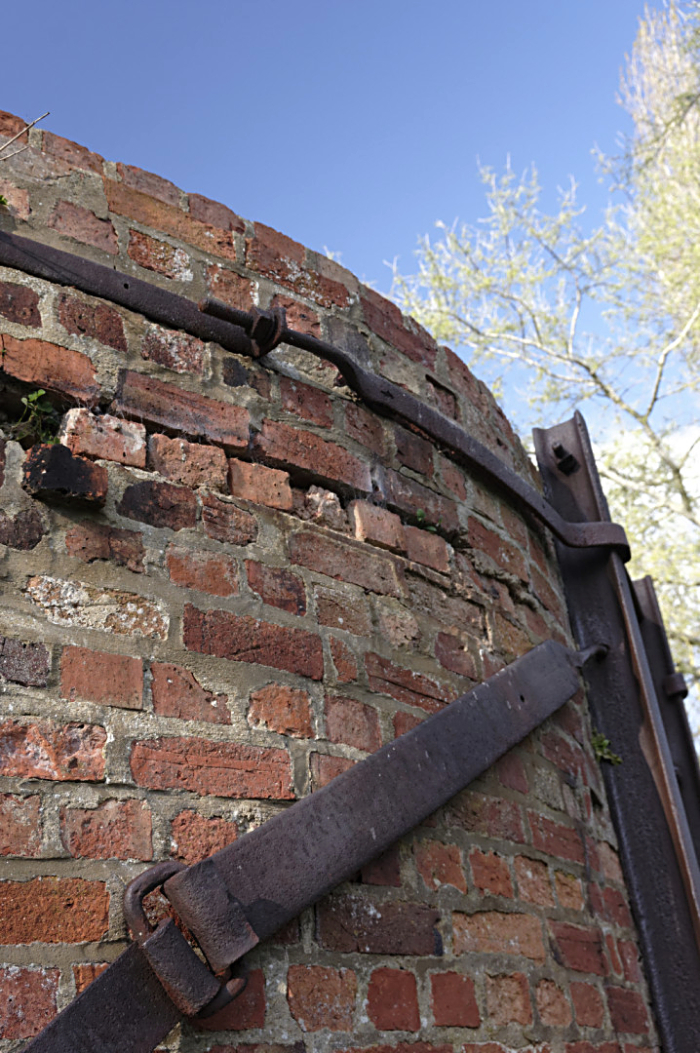 This iron strap is supposed to go horizontally around the kiln but, well, it doesn’t. Some of the brickwork is also in poor condition.
Pentax K3, 16-50mm lens. Monday 15th April. Warm, sunny. This is the canal bridge with the traffic lights on the road from Fenny Stratford to Simpson. I thought it would be a brick built humpback bridge, but underneath it’s a more modern concrete affair.
The fan of spikes is to deter people from climbing over the pipes that arch across the canal next to the bridge.
Sony A6000 and 16-50mm lens. 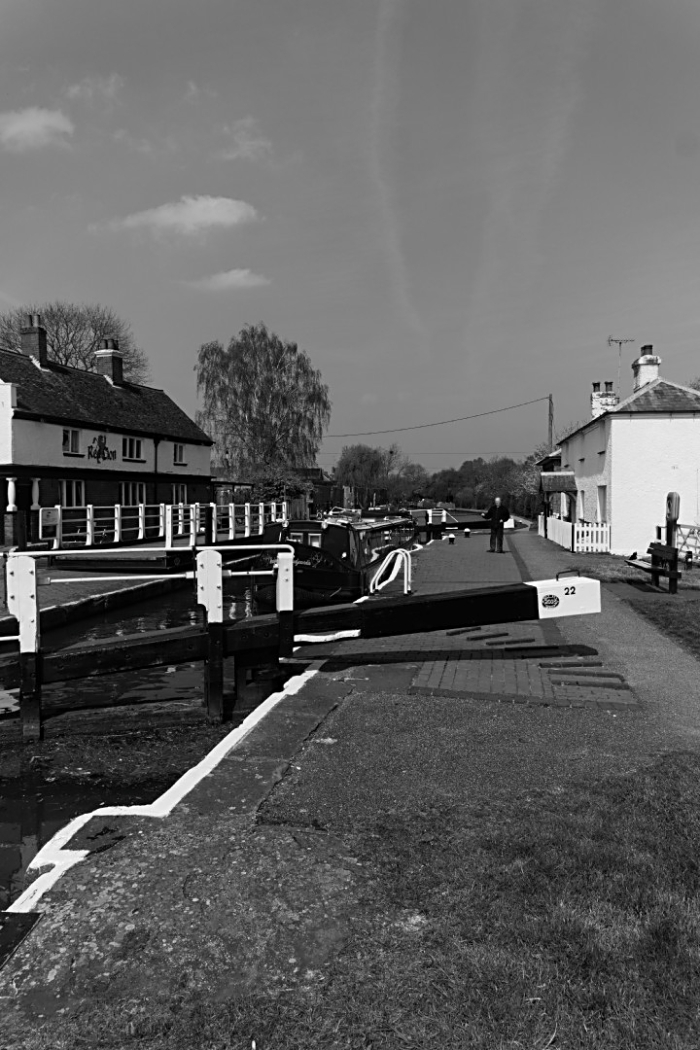 Fenny Lock. Not far from the previous shot, this lock has a change of level of only about a foot. I can’t find the reference, but it’s not true that the lock was installed because of an error in setting out the canal. Instead, the lock was built because the stretch of canal to the North was leaking, and this small change of level was enough to stop the leak.
You can see the swing bridge to the left of the canal boat. It rotates back across the canal when there isn’t a boat in the lock. The Red Lion pub is in the background.
Sony A6000 and 16-50mm lens. 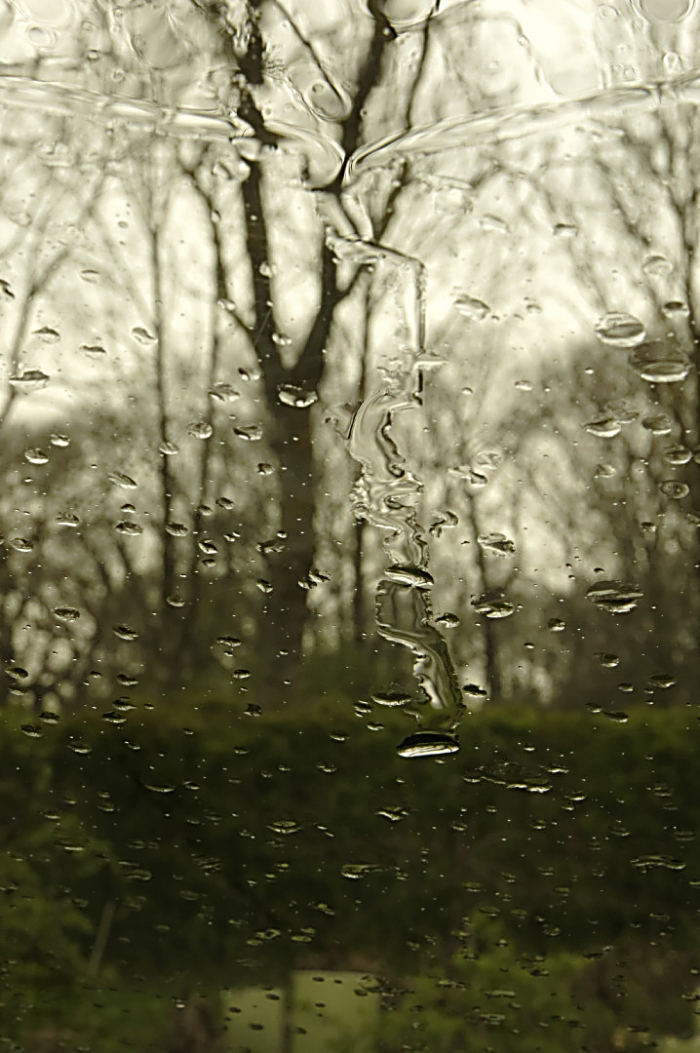 Monday 16th April. Cloudy at first, wet later. I drove up to Shenley Wood in Milton Keynes, to take photos for a blog post. I reached the car park just as the rain started. I took a few photos through the windscreen, taking my time and hoping that the rain would stop. It didn’t. I’ll have to go back.
The car park is on Merlewood Drive, off the V2, Tattenhoe Street.
Pentax K3, 16-50mm lens.