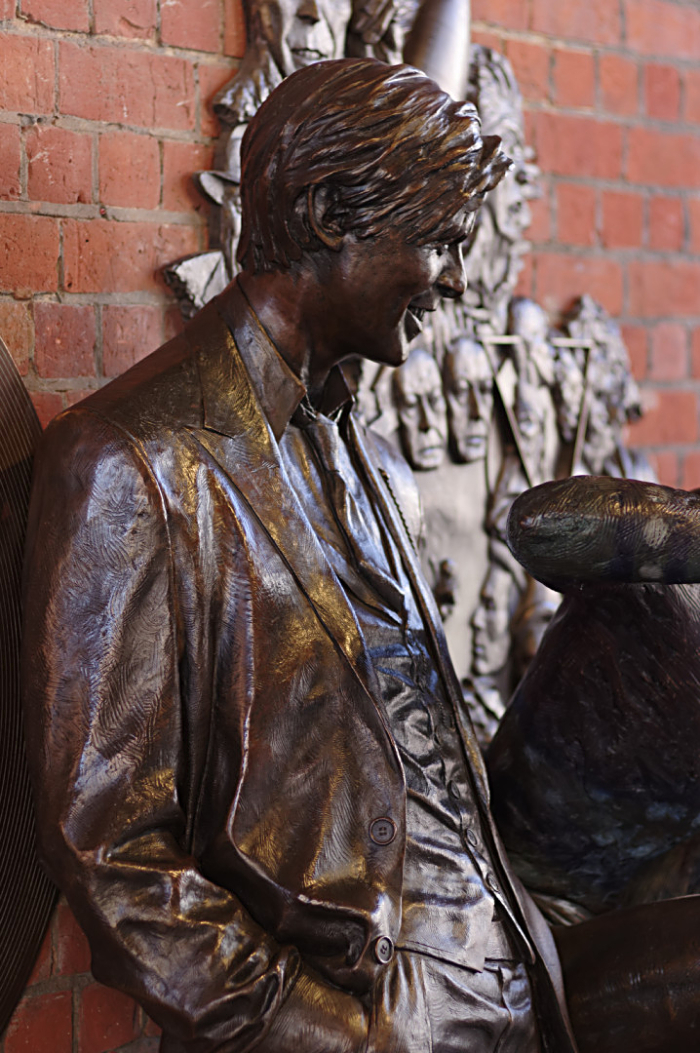 Continue reading "Ziggy Stardust and the Spiders From Aylesbury" »

The Church on the Hill 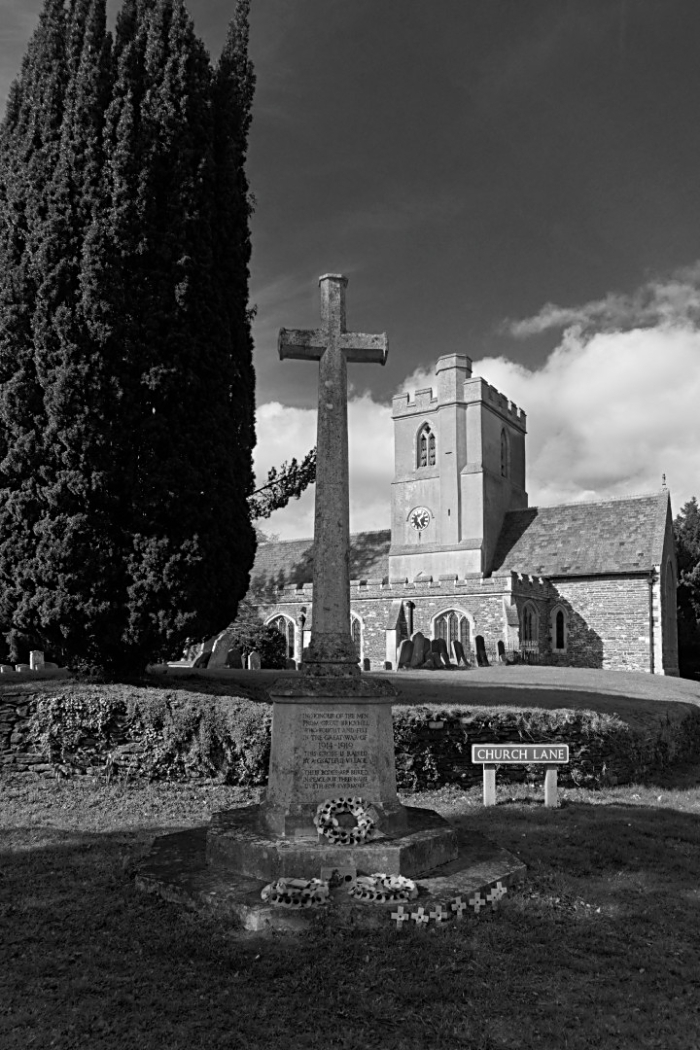 The war memorial and the church of St Mary, Great Brickhill.

Sometimes the memorials to the dead of World War One are dated 1914 to 1919, not 1918. The memorial at Great Brickhill is one of them.

There are various reasons given for this. One is that soldiers were sent to fight the Bolsheviks in Russia until 1919. Another is that the Treaty of Versailles was signed in 1919, and that was the official end of hostilities.

Of course the Armistice was declared in 1918.

Some men stayed in the forces in Europe after 1918 but died after hostilities had ended, and William James Dickens was one of them.

He died on his way home to be demobilised on Sunday, 2nd March 1919, and was buried at the communal cemetery at Theux in Belgium. It’s not a military cemetery, but some of the dead of both world wars are there.

Continue reading "The Church on the Hill" » 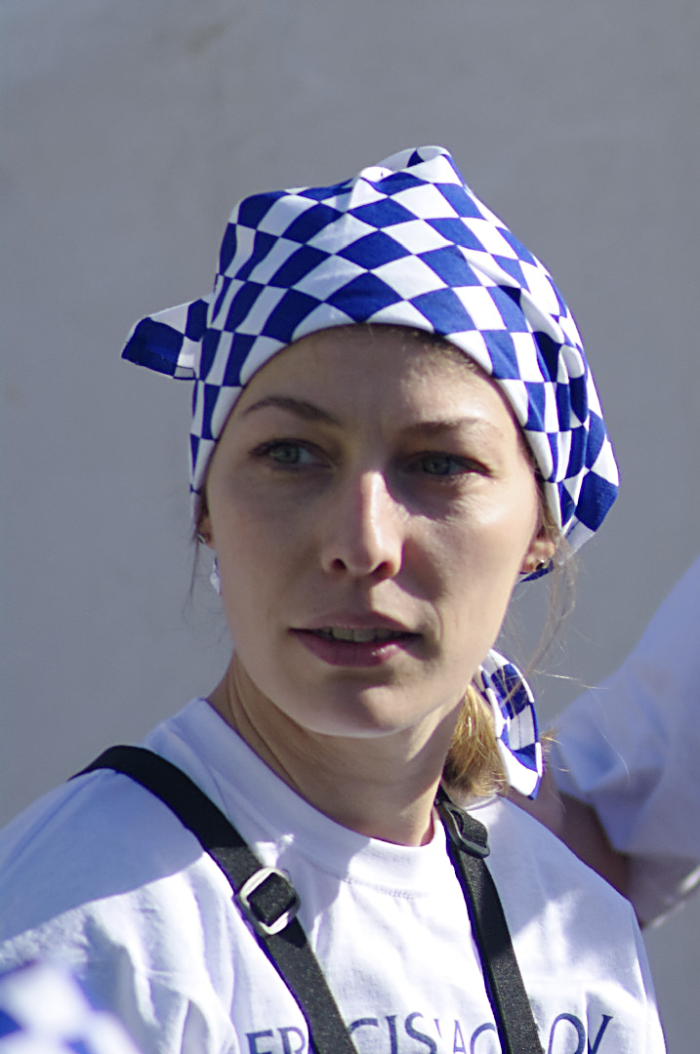 Continue reading "Out of the Frying Pan…" » 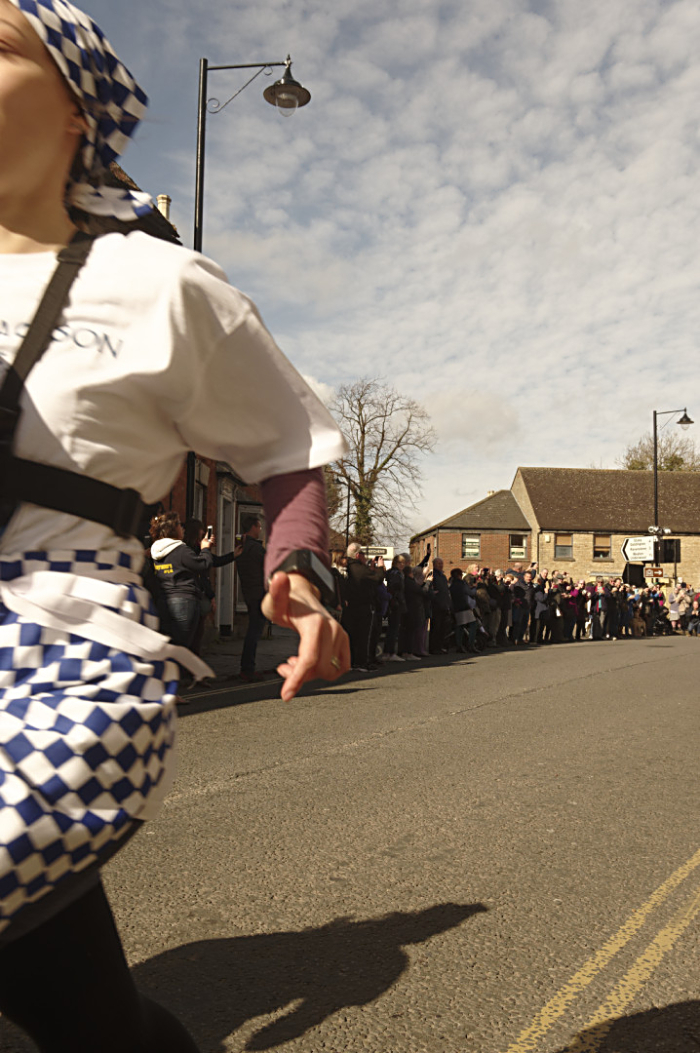 I thought I had published the previous post on the usual Wednesday morning slot, but I was wrong. I didn't click on the right button, it being late at night. This is what's known in the maintenance game as 'Finger trouble'.

It's been a busy week, and I'm still working on my photos from the Olney Pancake Race, which was of course on Tuesday. Meanwhile, here's one photo I liked from the day, with the runner disappearing out of the frame; they were a bit too fast for me and I was late taking the picture, but the photo works! Possibly my favourite photo from the day. More on the pancake race to come. 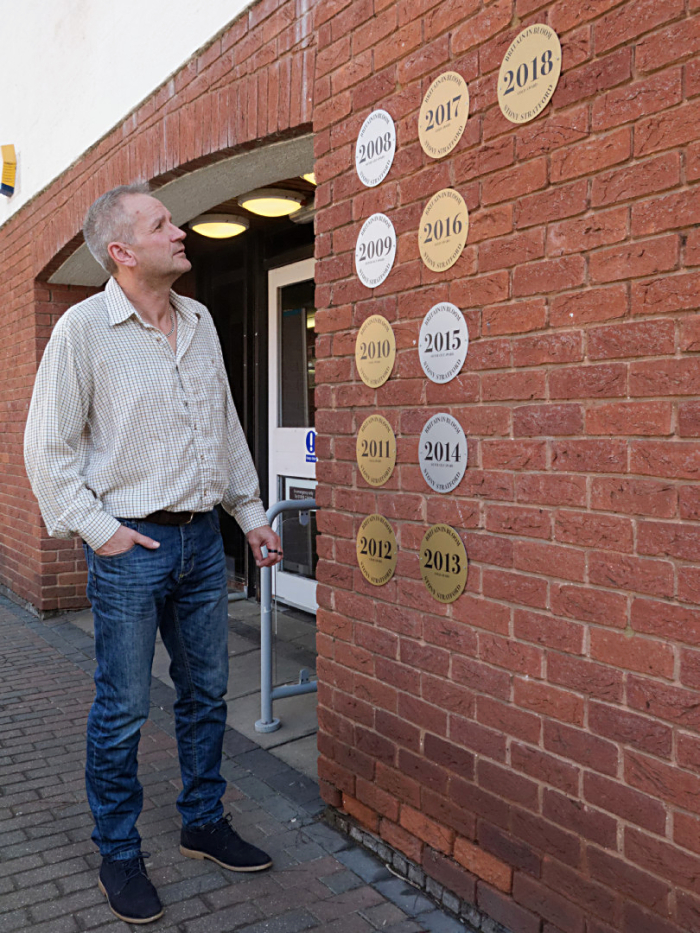 Stony in Bloom have done it again, with a Gold award from the Britain in Bloom judges.

Remember when I showed you the last watering of the year for Stony Stratford’s flowers? I photographed Alan Box, one of the Stony in Bloom volunteers who work to make Stony Stratford a more beautiful place to live.

They have much more to do more than just water a few plants; the Stony in Bloom folk are working all year round. They plant, weed, prune and tidy, and on the long hot dry days in the middle of the year, they water.

It’s always nice to get official recognition of your efforts, and Stony Stratford’s gardening volunteers have been receiving it since 2008. 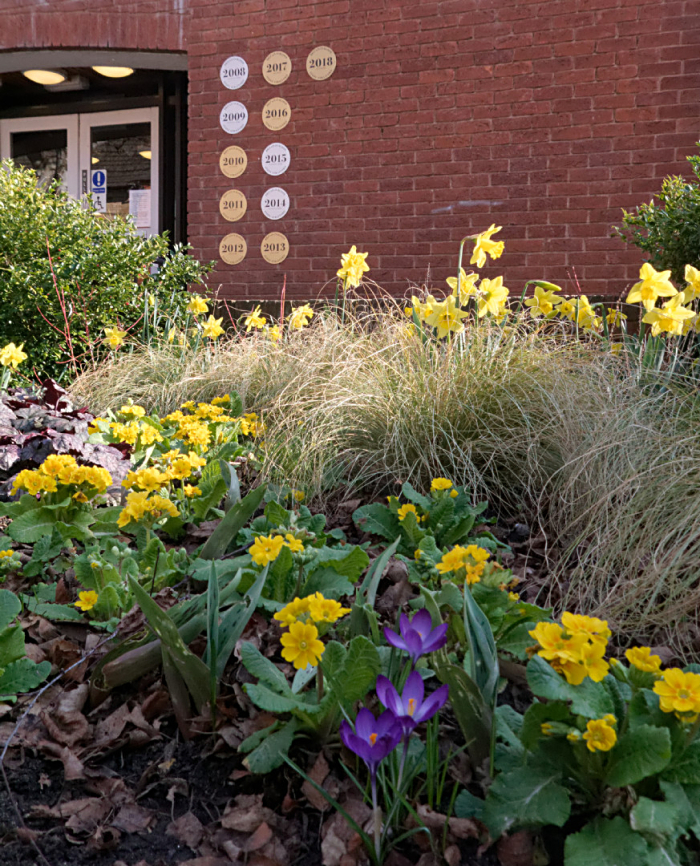 For caption, see the photo below. 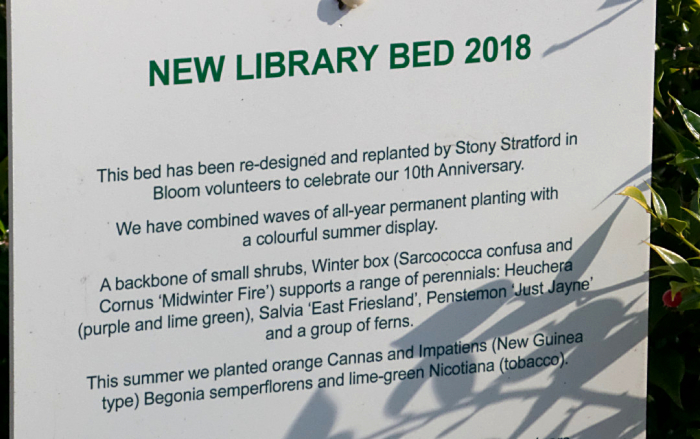 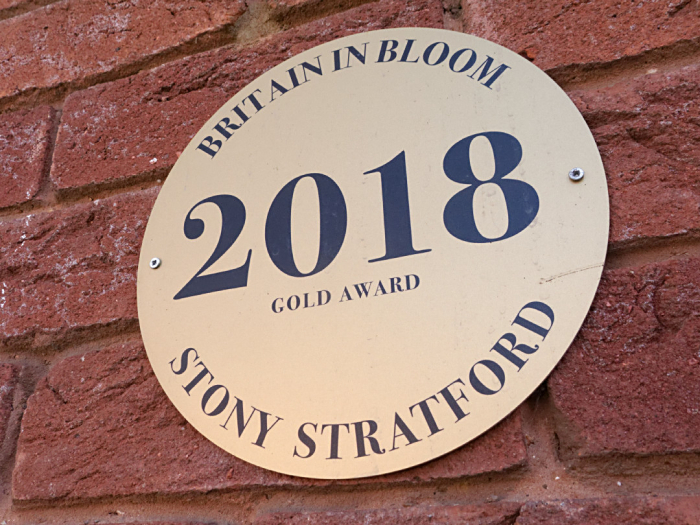 Judging day for Britain in Bloom was Monday July 9th, but the town had to wait unti the awards ceremony on September 27th. They had already won the award when I met Alan Box on his watering round in October, but I didn’t see the plaques until last week. Oh well.