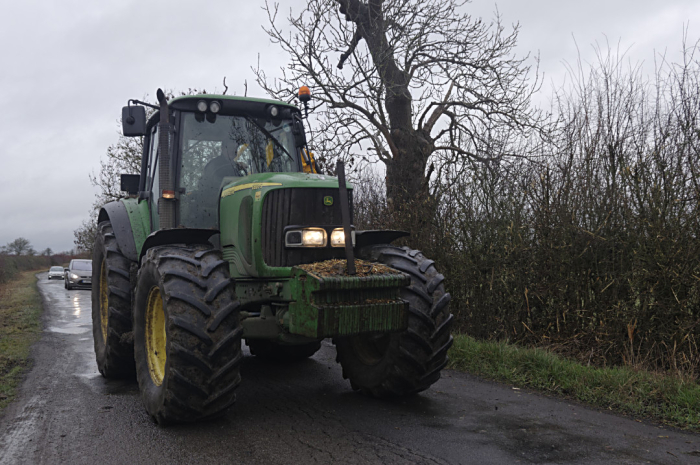 On the left hand verge not too far along is a partly squared off lump of stone. It is said to be the grave stone of a gypsy. I first saw it years ago. By it, the snowdrops were already out.

While I was there I stopped for a large tractor as it drove back and forth trimming the verge and hedge. On a grey damp Sunday, mark you; farming is not a glamorous existence. The road to Pitchcott being shut that day, there was more traffic than usual on the Lane. Years ago when I was a boy my Dad stopped the car and showed me this stone. I remember him telling me that  it marked the grave of the
grandfather of Gypsy Rose Lee. The lane goes gently up hill as we go North, but after a couple of miles the road turns sharp right and takes you to North Marston.

Instead, the Roman road and the turnpike dived down the slope and more or less carried straight on cross country, until they reached the corner of what’s now a ninety degree bend on the road between Botolph Claydon and Granborough. This part is now a farm track and/or a footpath. 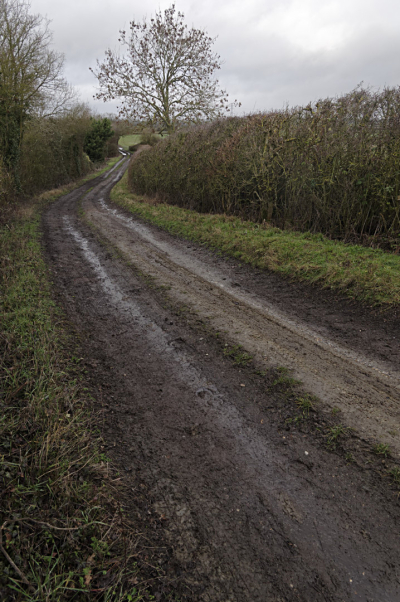 The track and footpath head North across the fields from Carters Lane. 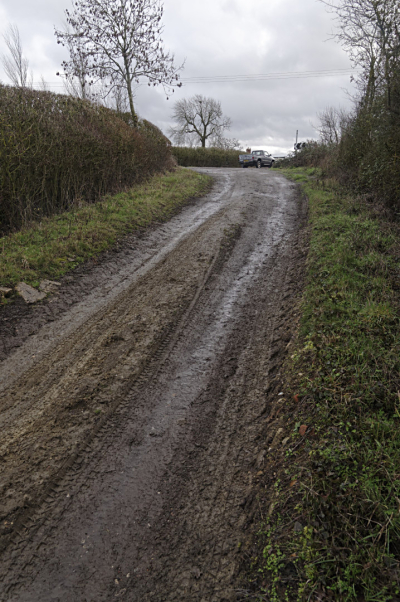 Looking back to Carters Lane from the same position.

The Romans went straight on and no surprise there, going up as far as Thornborough and the two tumuli by the old bridge. But the old turnpike turned left and went along the route of the modern road for a quarter of a mile. Then opposite Lower Farm it turned right and went North West to East Claydon, across the fields and along what’s now a bridleway.

The turnpike came out near the end of Church Way, just past St Mary’s church. At East Claydon was The Swan, the last coach stop before Buckingham. In the wall of the building is a Victorian post box.

The Turnpike then followed what’s now the modern road past the bottom end of Padbury, then finished at Buckingham. 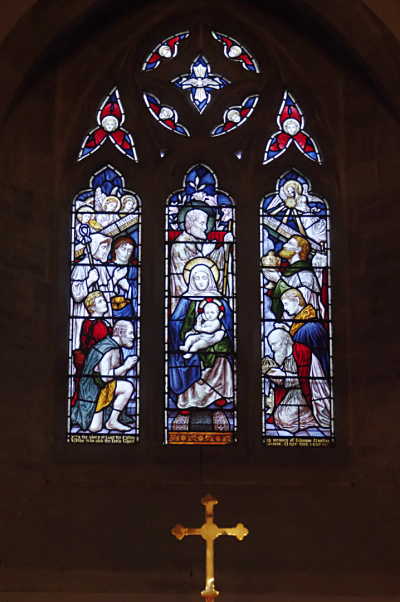 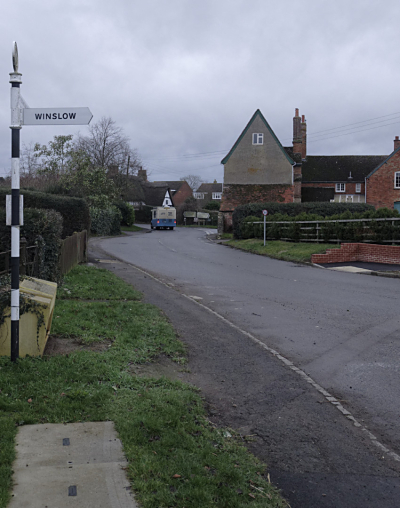 The closest building, right of centre in the picture was once The Swan, last coach stop before Buckingham. This is St. Mary’s Road, East Claydon. The turnpike took the right turn by where the blue and white van is going left. 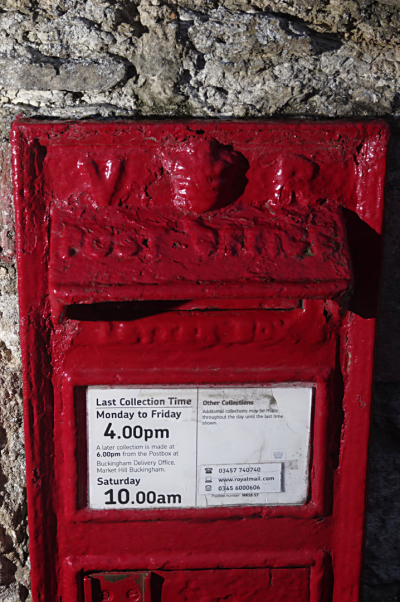 This Victorian postbox in the wall of what used to be The Swan has been repainted so many times that I could hardly read the cast lettering; below the slot it was unreadable. I held my flashgun off to one side, to show up the letters. Even so, it’s difficult to make out ‘LETTER BOX’ below the slot. The blob between ‘V’ and ‘R’ is a crown.