A Platform For Music

For over nine years I was a regular volunteer at the Peace Pagoda and Buddhist Temple at Willen in Milton Keynes. I drove their car, took photographs at their events, and carried out building maintenance. There were a few of us who turned up every week and helped to keep the place in order.

One regular task was repairing the marble platform in front of the Peace Pagoda. 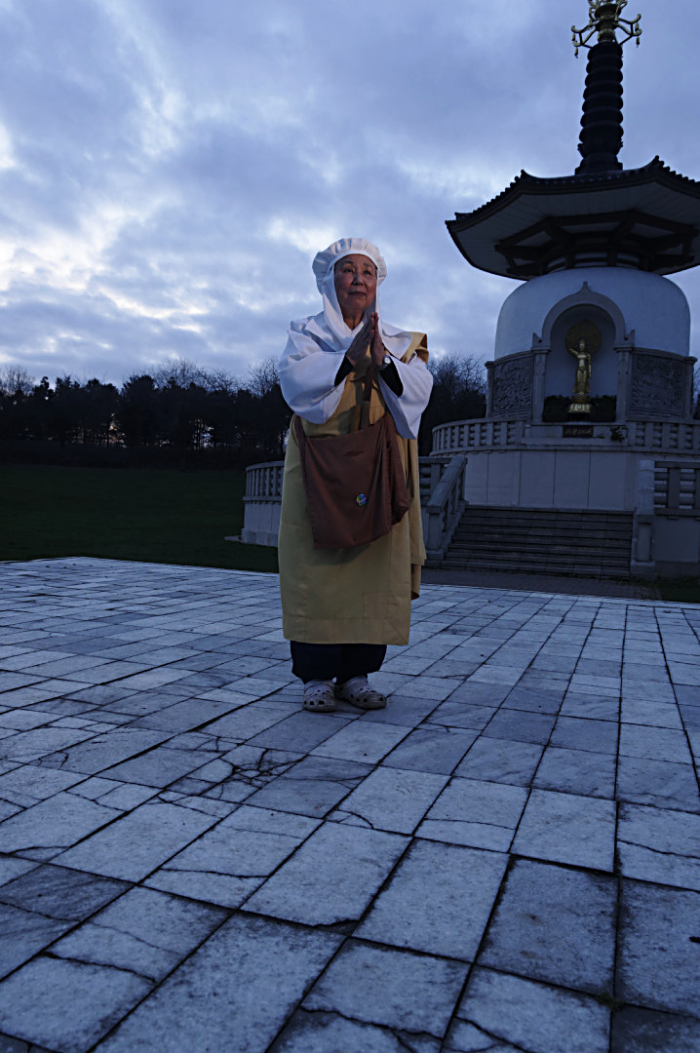 Every year at the Peace Pagoda Ceremony I watched and usually photographed the monks and nuns and other Buddhists chanting and praying on the platform, which was covered in carpet for the ceremony. The temporary altar was up one end, and I could hear the big drum that usually lives in the shrine room down at the temple being beaten. 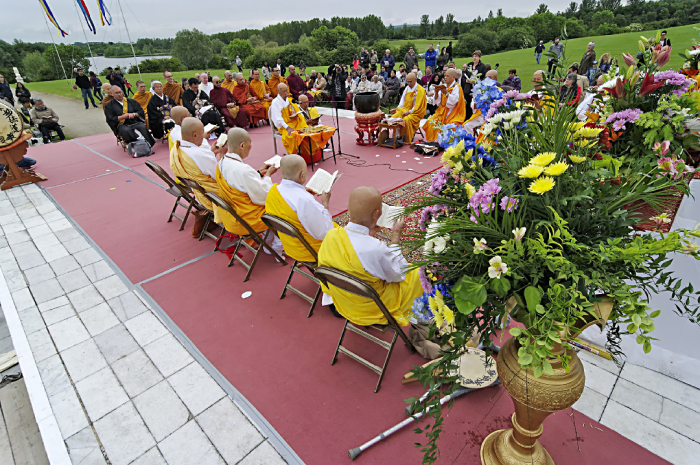 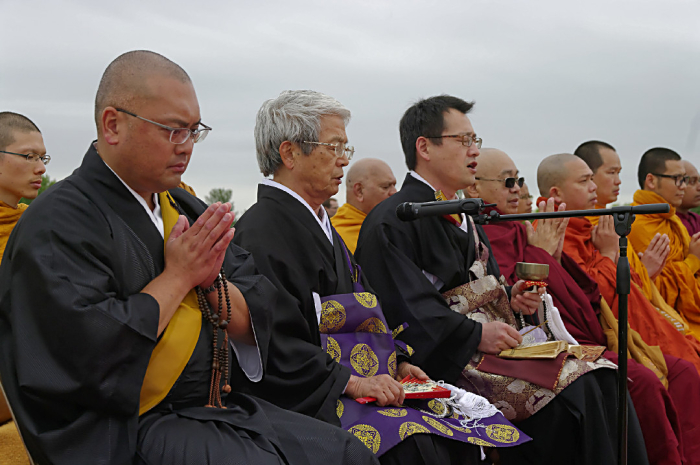 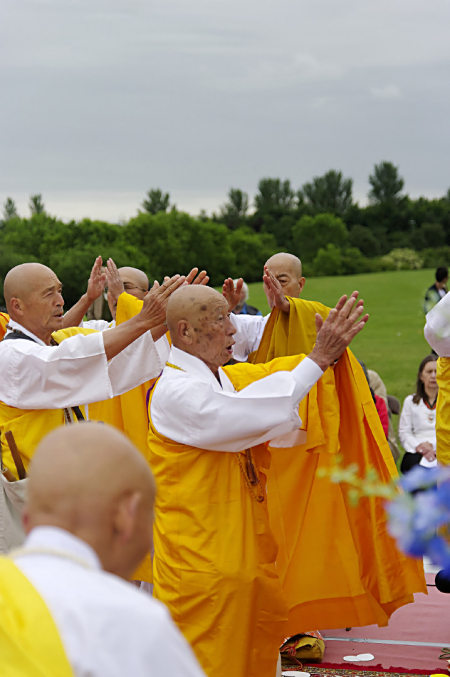 After lunch, there’s some cultural entertainment. Over the years I’ve seen a scratch band formed from temple volunteers, a couple of young Indian girls dancing (who kept their cool and kept going when two younger sisters insisted on joining in), a Japanese lady’s choir, and a team of morris dancers. 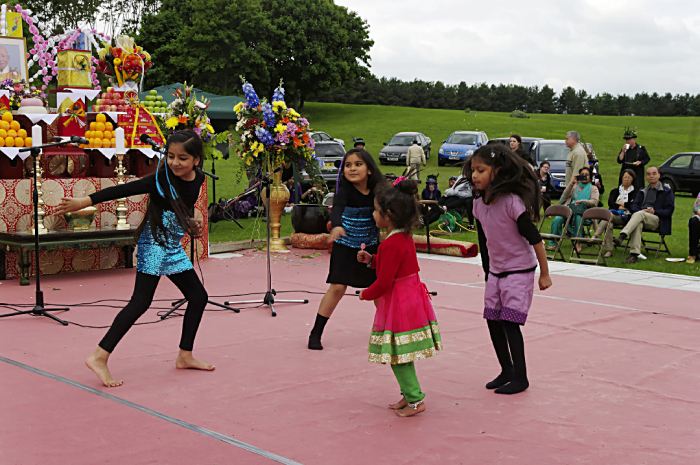 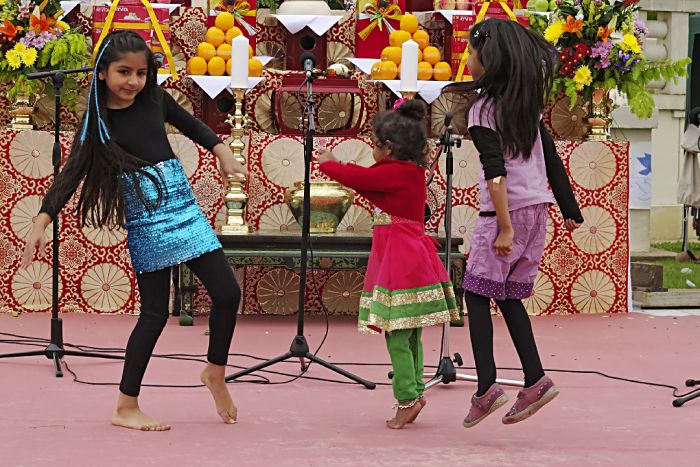 That’s great, but the platform is 39 years old now and it’s in very poor condition. Rainwater has undermined it and many of the marble slabs are cracked. Nearly every month repairs had to be made, but despite the best efforts of the volunteers who looked after it, the platform has got worse and worse.

It’s well past the stage where it can still be efficiently repaired and so it has to be rebuilt. Work is due to start in six months, when dismantling the original structure will begin.

The plan is to finish the works at the end of September or beginning of October. The site will then be open to the public again, and the new platform will be ready for next year’s Peace Pagoda Ceremony, the 40th. 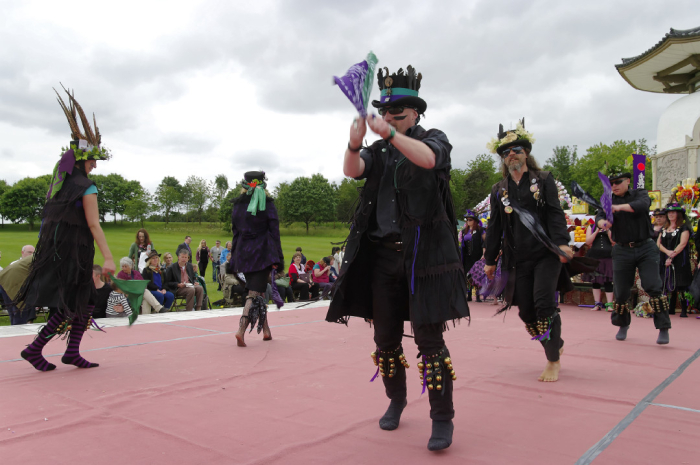 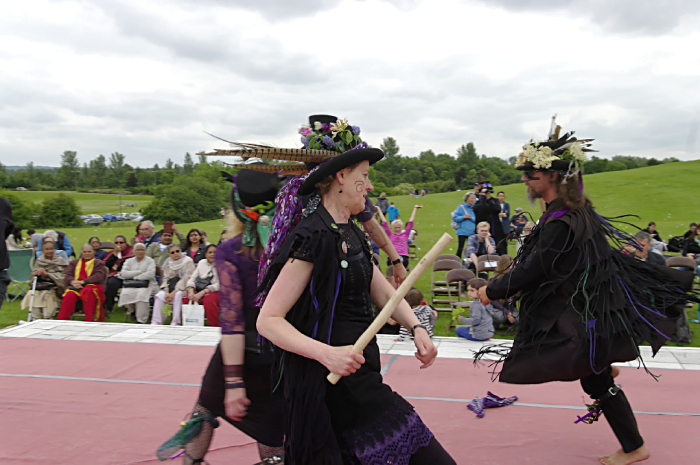 I popped along to the temple yesterday, and took a photo of one of the Nipponzan Myohoji order’s nuns, Maruta Anjusan, on the dilapidated platform. (See the first photo)

You can clearly see the state of the marble. The temple has already raised £16,000 but there’s a long way to go to reach the £50,000 they need to complete the project.

But the Restoration Project Team is keeping things organised, and one thing they are doing to raise some cash and publicise the rebuilding of the platform is a night of music and fundraising at the Buddhist Temple.

It will be on Saturday 26th January, and doors open at 6:45pm. Booking is required, and entry is by donation. There’s more info on the event’s Facebook page.

All the other photos here are from the 35th Peace Pagoda Ceremony in 2015. 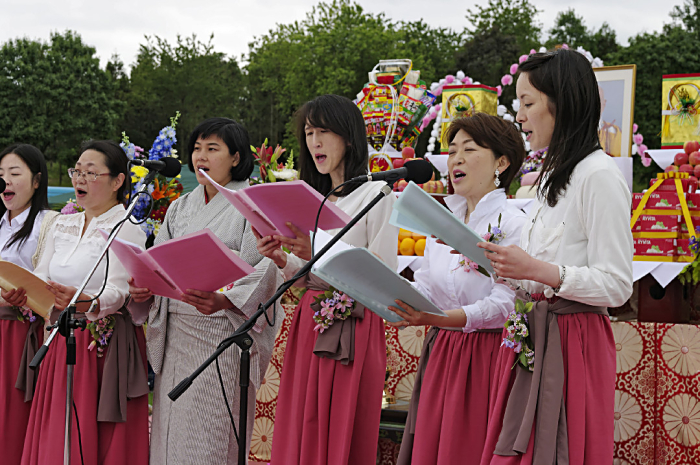 If you want to visit the Peace Pagoda and Buddhist Temple, neither are very far from The Pagoda Car Park, off the V10 Brickhill Street. The entrance to the car park is about 150 yards North of the roundabout where the H5 Portway crosses the V10. Coming from the roundabout it’s a right turn. The postcode is MK15 0BG.

If you have any skills at all, or even none, and want to achieve something useful, the temple needs you. They are a charity. Go and talk to them between about 9am and 4:30pm on any day, though the place is closed for a couple of hours or so at lunchtime. They will be most pleased to see you. You don't have to be a Buddhist. 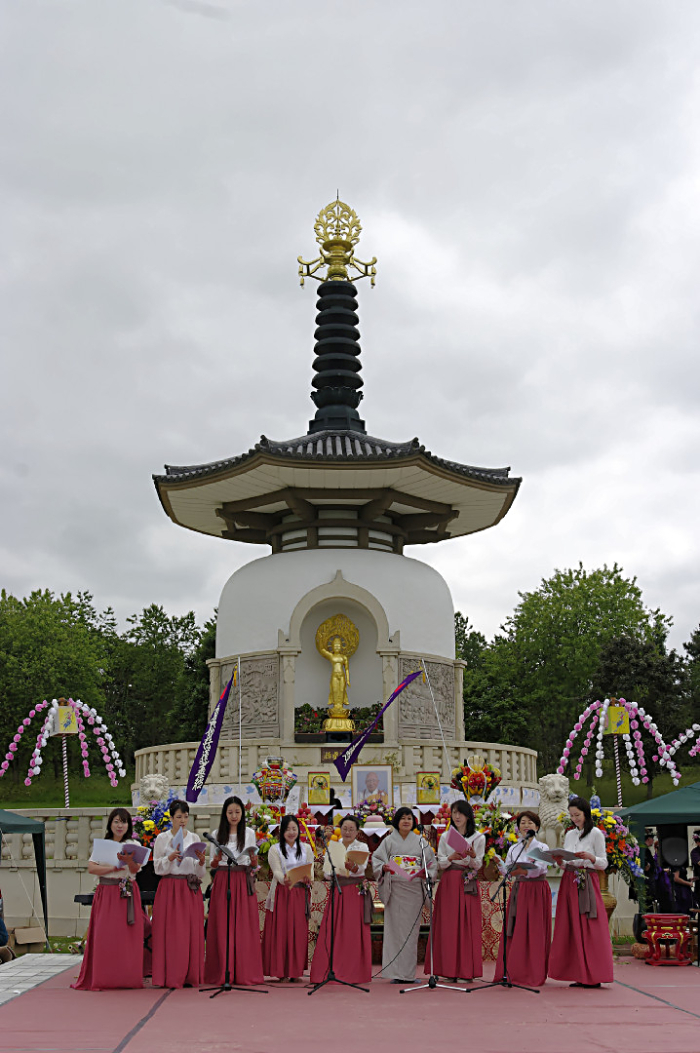