100 Years Since the Armistice, in Winslow 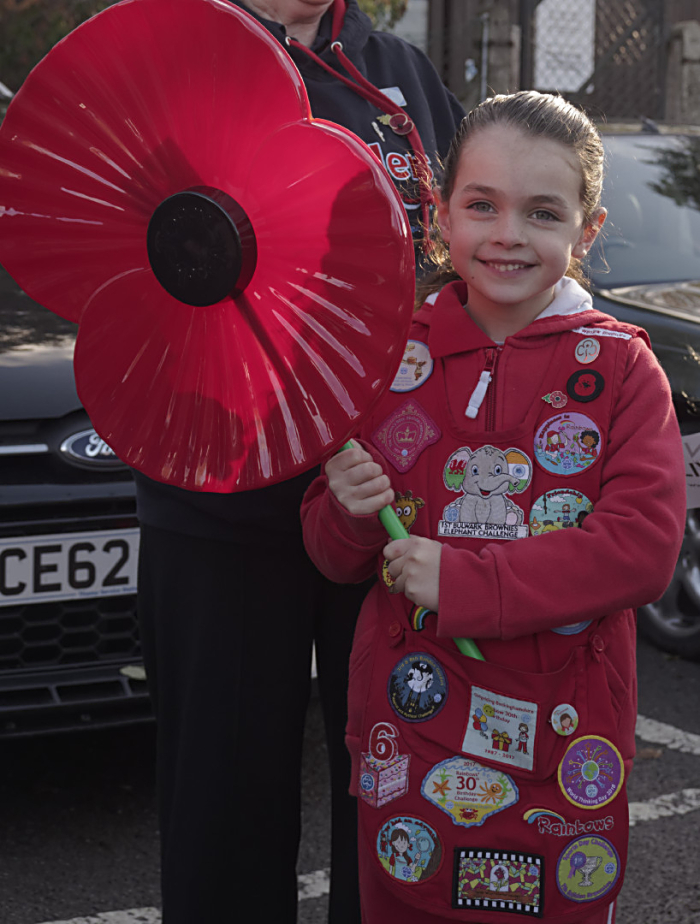 In Winslow on Sunday 11th of November, the main road through the town was closed at 10:15am for the 2018 Remembrance Day Service, exactly 100 years after the start of the Armistice which led to the end of the first World War.

Men, women, and children marched from The Royal British Legion hall in Elmfields Gate to the war memorial on the High Street, at the end of the churchyard.

It was a very moving service, and very well attended. A wreath was laid for every one of the 51 men who died fighting for their country in the first world war, and as those wreaths were laid, each man’s name was read out. Other wreaths were also laid, but the ones for the 51 men were then arranged on the churchyard wall.

Let’s think about that for a minute. Winslow had a population of 1,698 in 1911, the nearest prewar date I can find figures for. About half were male, and the life expectancy for men was 51 years.

If we say that adults are anyone aged 18 or over, then approximately two thirds of the males in the town were adults, some 566 men. Out of those, 51 were killed in the war; one in every eleven adult males in the town.

These are not abstract figures. Imagine what it would be like if, out of every eleven men you knew, one was killed; probably unpleasantly.

Each of those men who died, and there are surnames in that list still found in Winslow today, had wives, children, parents, children, relatives or friends, who would never see them again.

Now imagine this happening in every town and village in the land. This is why we remember.

Here are some photos from the day. 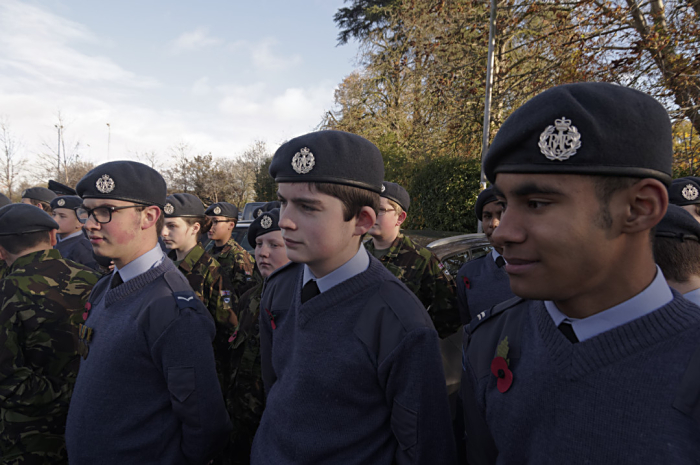 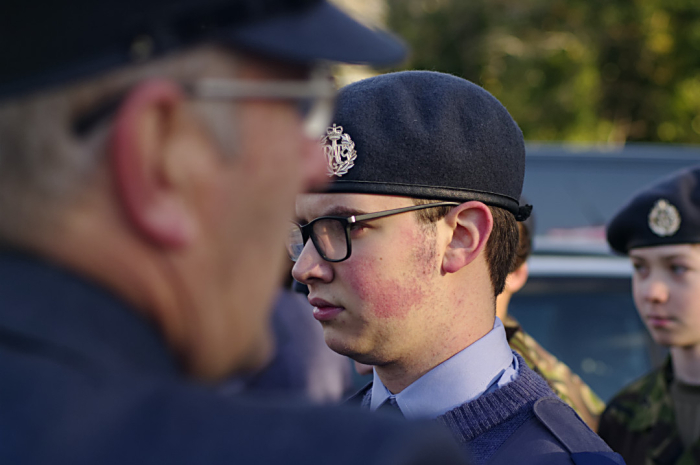 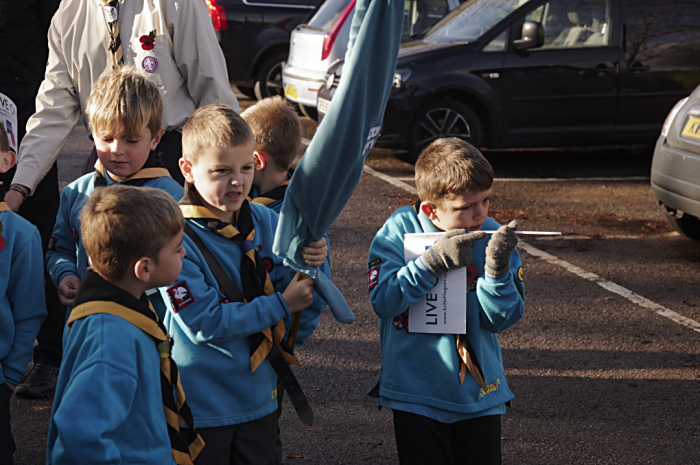 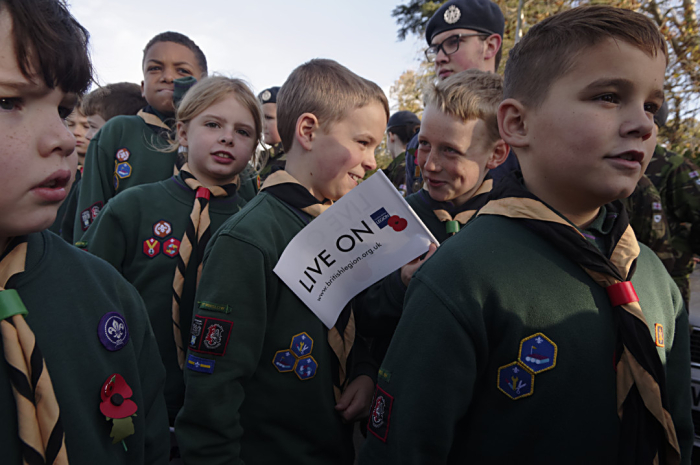 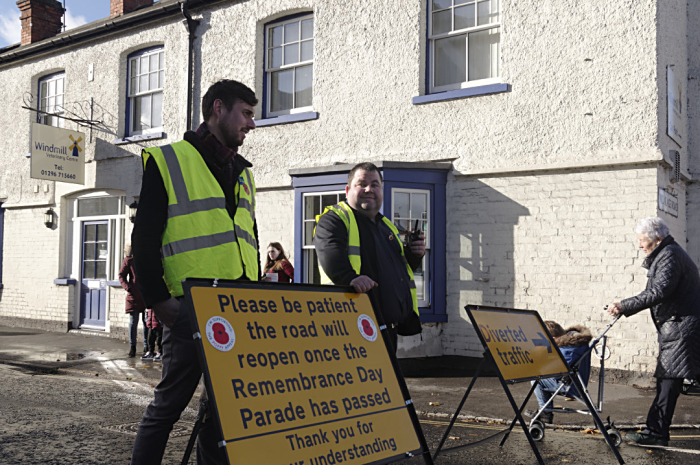 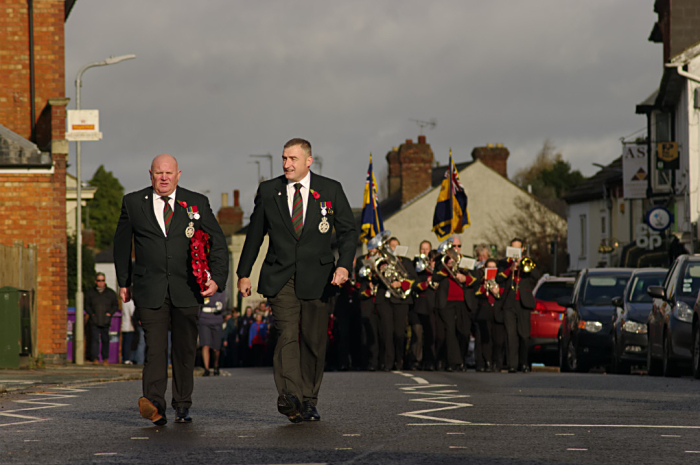 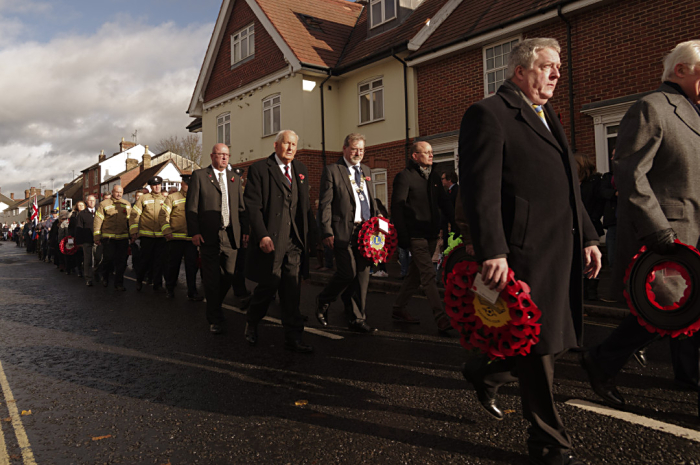 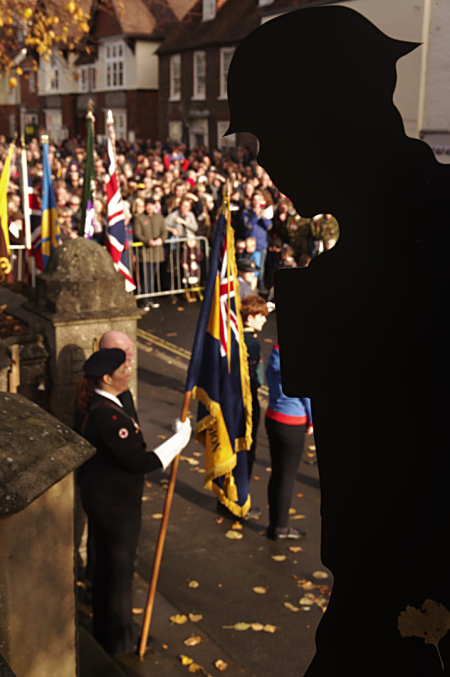 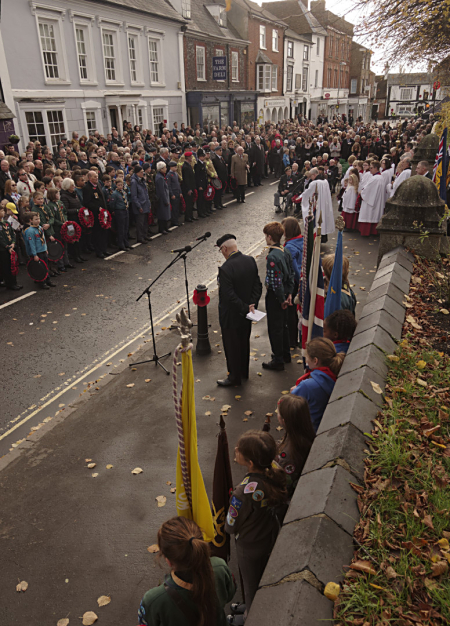 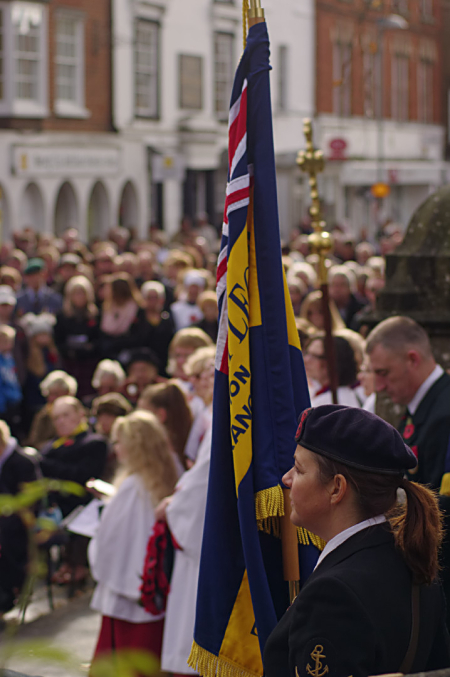 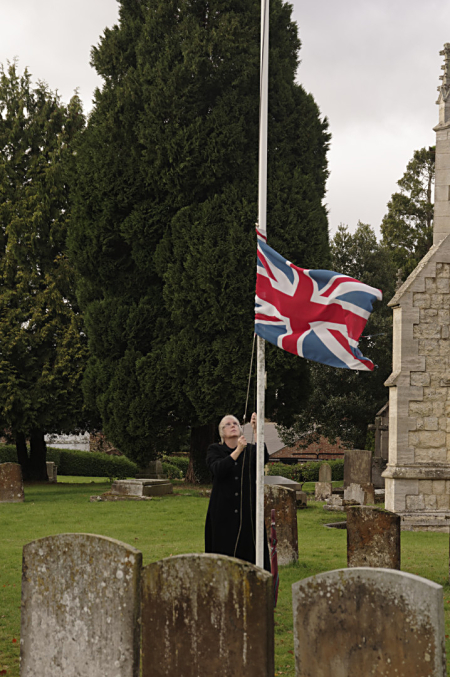 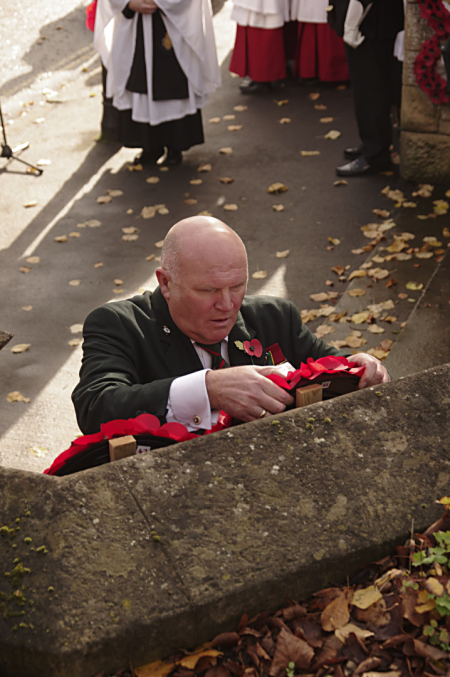 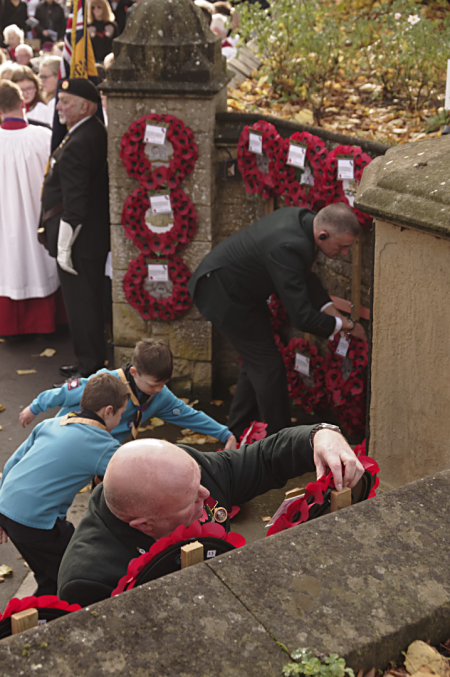 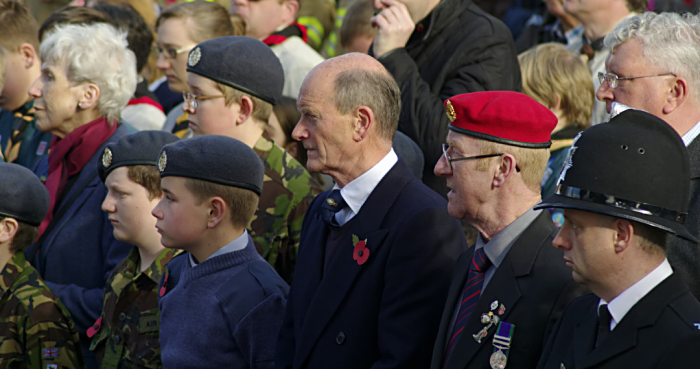 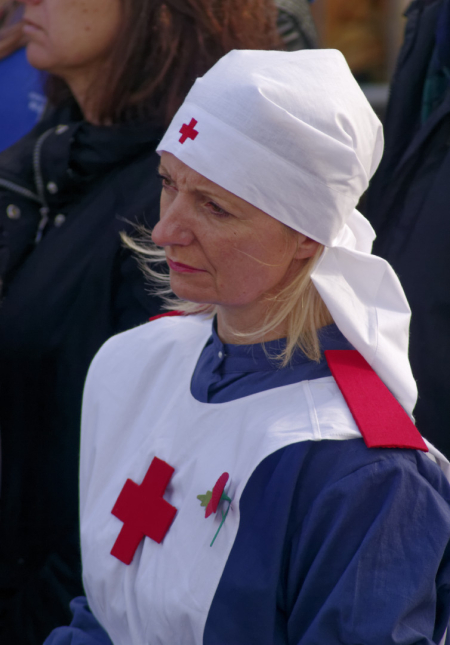 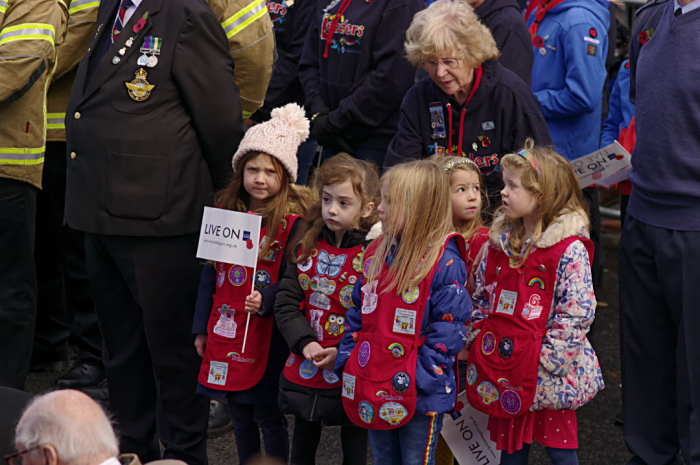 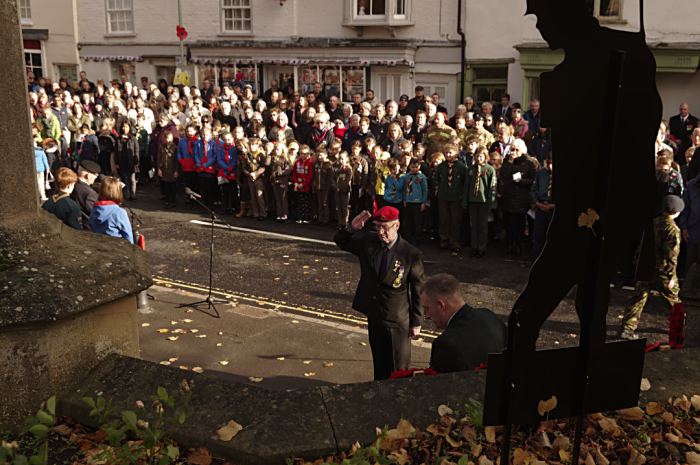 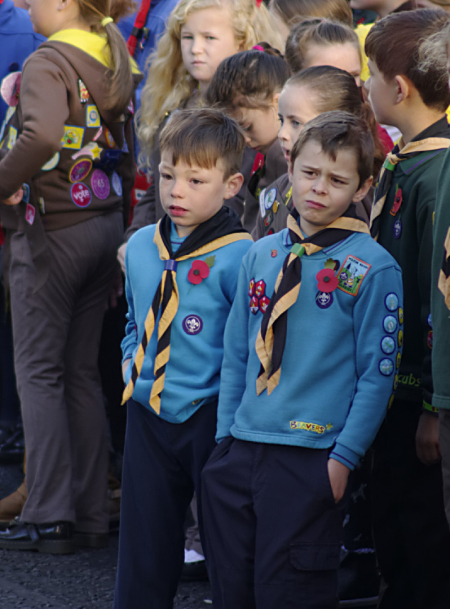 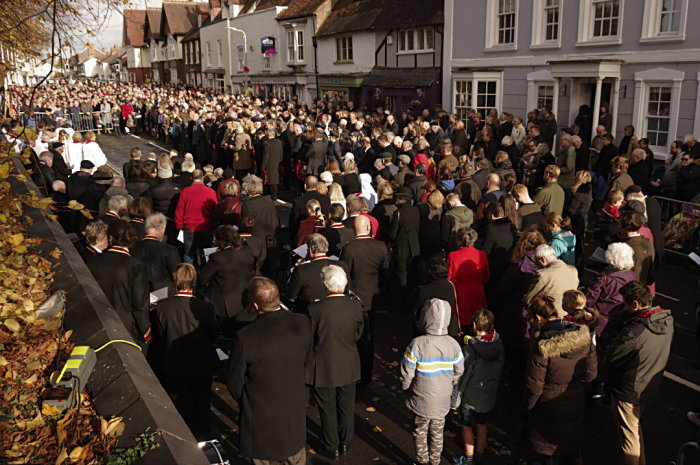 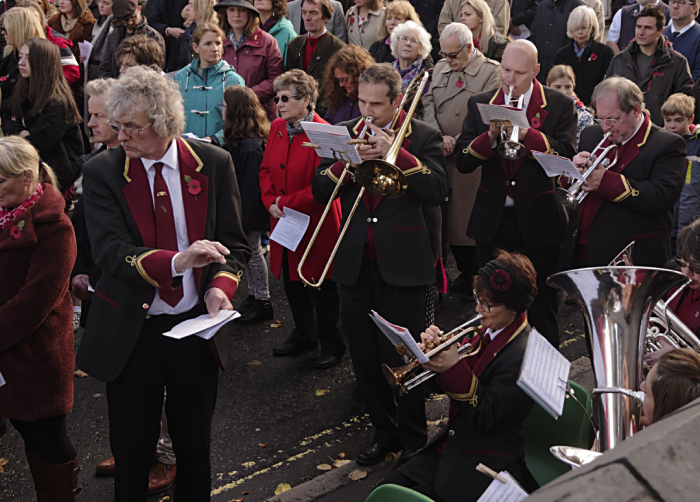 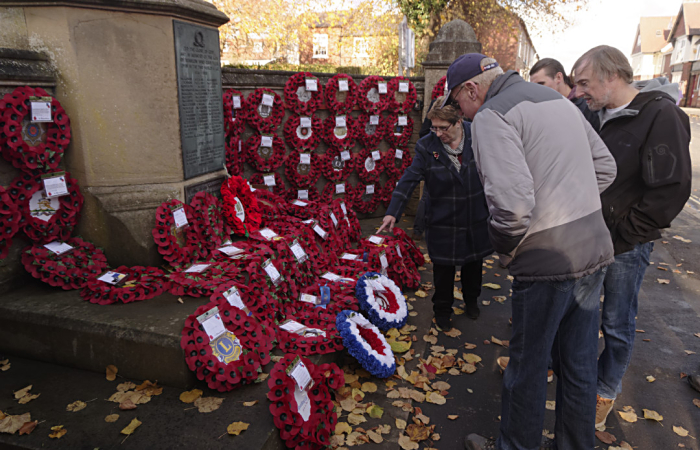 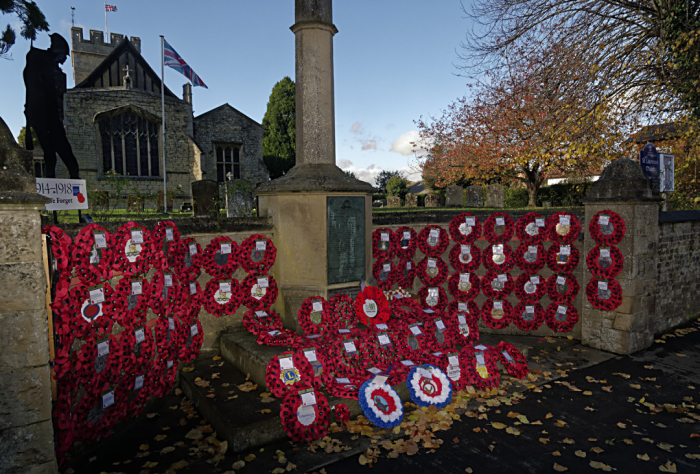 Hello Roger - it was very nice to meet you on Remembrance Sunday. I was the one with the Irish accent who knows your Aunty - Sue McAndrew. I was wondering if you had managed to get any pictures of my daughter who was Parade Marshal on the day?

Hello Sheilagh
is it your daughter in the background of the 7th photo from the top here? You can't see her face, but she is wearing a blue uniform. If so, I do have a photo of her, marching on the High Street.
Roger