Castle’s Surplus Store, who have been in Stony Stratford for fifty years, are to close in January.

The shop opened on April 1st 1968 when it was the last shop you came to going North in the High Street, the 84 year old owner Ron Castle told me.

In 1976 Castle’s moved to 68 High Street, (opposite church Street and next to The Bull Hotel) when they bought it from the W.D. & H.O. Wills company; it had been an International Grocery Store. They’ve been there ever since. 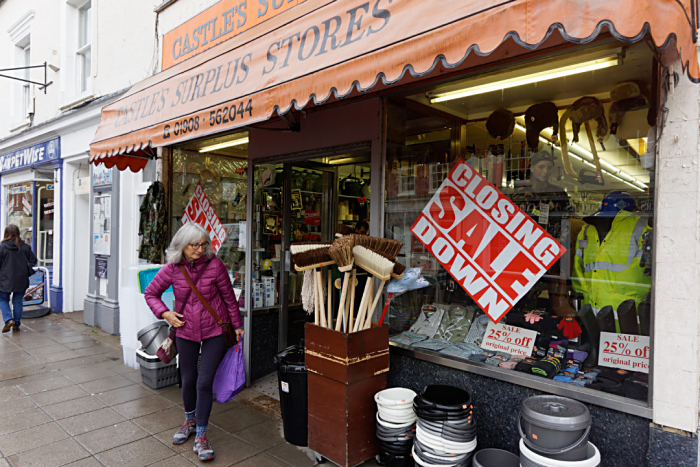 At first the shop sold purely ex government items, he said, and Ron went to government auctions all over the country to get stock. Not everyone bidding could deal with large quantities, but Castle’s were able to buy stillages full of government surplus items. (A stillage is a pallet with sides)

Some other bidders would buy full stillages at auctions and then go round to shops, selling the contents off in smaller batches. Back then there was a great deal of military surplus equipment being auctioned off. 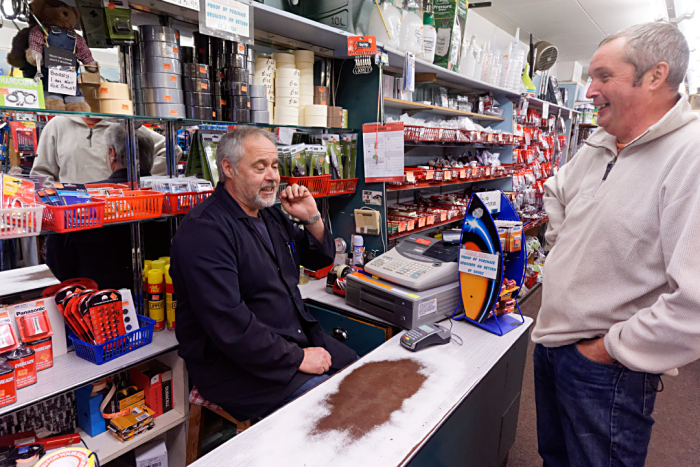 In later years there was less to be had so the shop started selling other items. Ron Castle still works in the shop for a couple of days a week or so, but his son Gary Castle runs the shop now.

There’s a closing down sale now on with 25% off the original prices, and there were quite a few bargain hunters in there when I visited recently. I bought several items that I know I’ll need in the future, which will be harder to find when Castle’s has gone.

The shop will open for the last time on Saturday 19th January 2019. 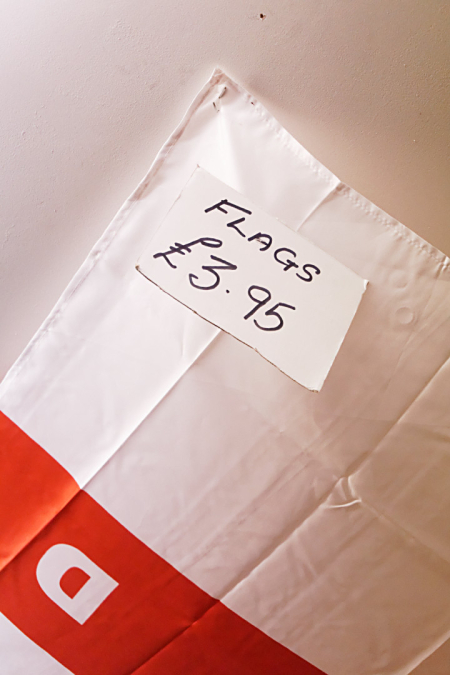 Don't forget to look up when you go in... 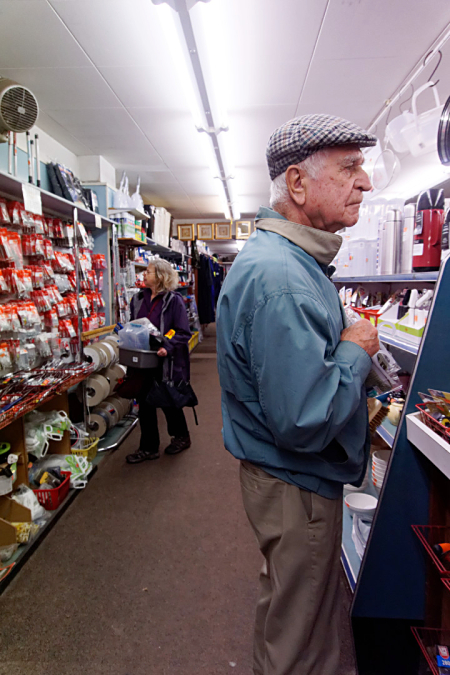 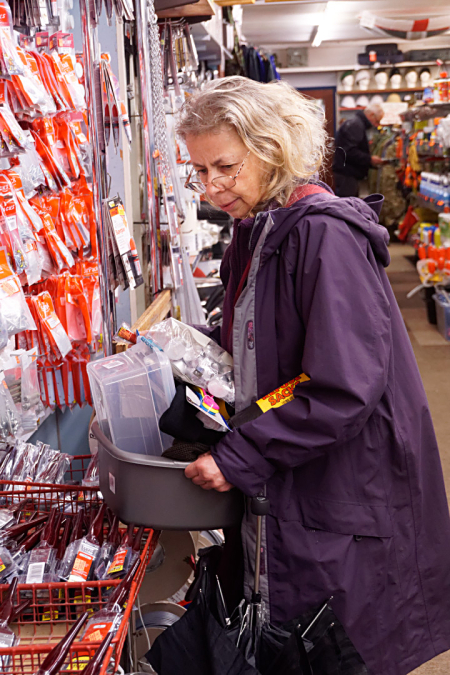 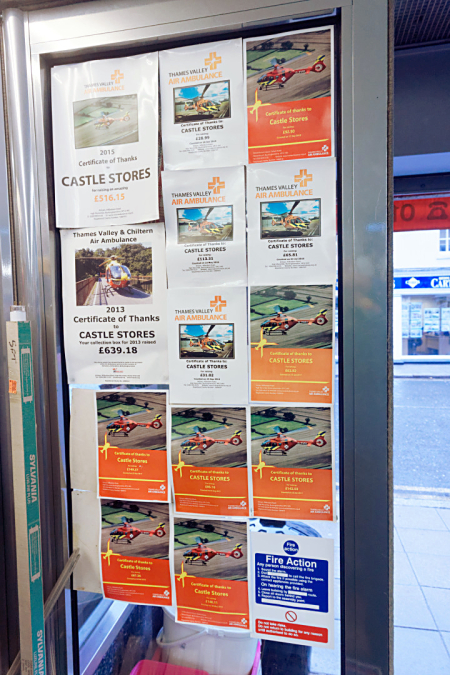 These support certificates for the local Air Ambulance go back to 2013.

I’ve been a customer of Castle’s since I moved to Milton Keynes in 1985, and I’m sorry to see it go. Here’s a (partial) list of what I’ve bought at Castle’s over the years:

The camera bag that I usually carry for these blog posts is a respirator bag, heavily padded with camping mat foam to protect the camera from the poor quality back roads when I’m out wandering on the motorcycle in North Bucks. All from Castle’s. 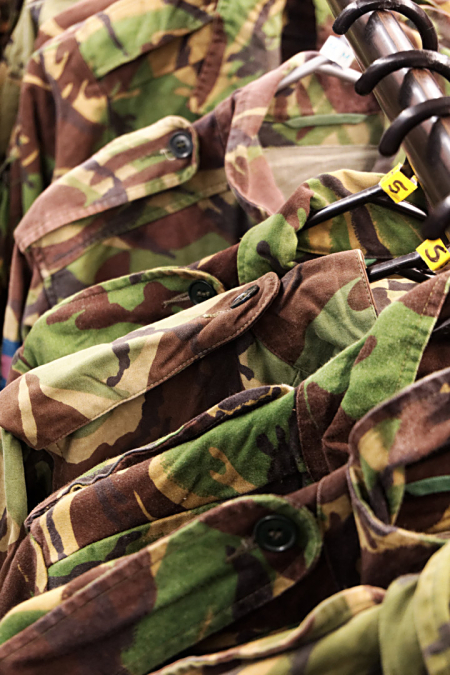 DPM stands for Disruptive Pattern Material. That is, camouflage. 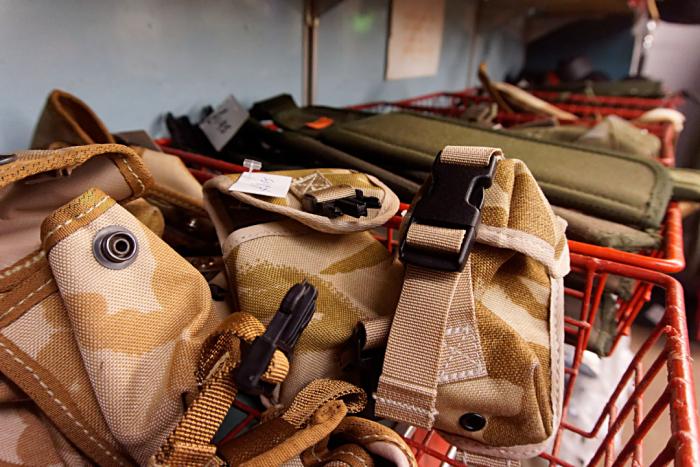 The bag section. These ones are ex army. There were still some respirator bags left when I was last in the shop. 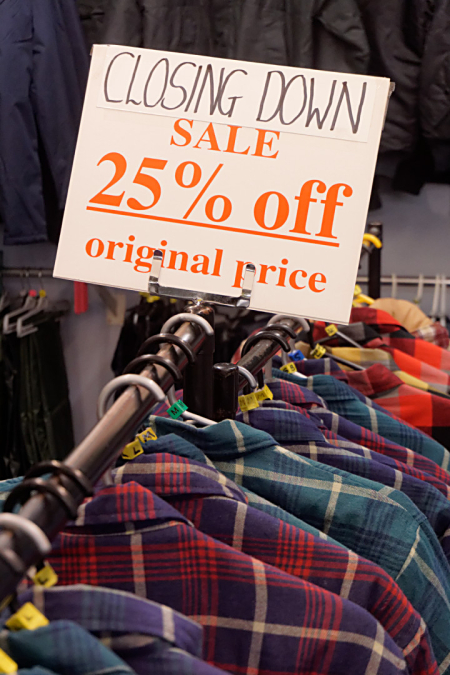