A Garden for the Fallen 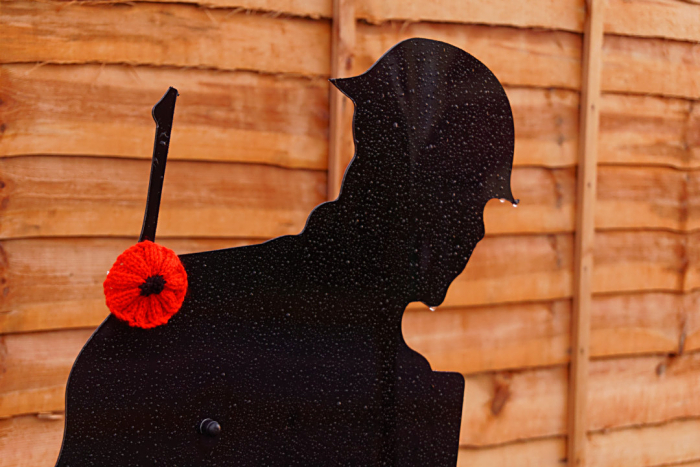 At Steeple Claydon, while there’s a monument to the fallen in the church, there has never been a war memorial in the village, until now.

There’s now a stone memorial, in a new memorial garden.

It all started three years ago, when Steeple Claydon couple Norman (Nobby) white and Leslie White began their fight to establish what would be called the Steeple Claydon Memorial Garden.

They wrote letter after letter to officials, and found that most correspondence was not answered for months. But both times they wrote to their MP John Bercow, he answered them the next day.

After a long struggle, they were able to buy the strip of land in Meadoway near the centre of the village for just one pound. They gave it to the village.

The Whites and the rest of the Steeple Claydon Remembrance Group committee then had to work hard to get the garden ready in time.

As well as the stone memorial, there is a silent soldier, a place to sit, some shrubs and plants, and some patches of bare soil and grass where next year there will be a proper lawn.

I met Leslie White on the 7th of November when she came to slip a red woollen poppy over the silent soldier’s bayonet, and she told me all about the garden. It’s a bit late in the year for grass to grow she explained, but she expects the lawn to do well next year.

It was a close run thing for the garden to be ready for the opening; Leslie told me that she was out in the dark washing the garden’s path the night before the opening on the 21st of September.

As John Bercow had been so helpful to their fight he was asked to officially open the garden, and he accepted their offer.

The garden was ready for Remembrance Sunday this year, but donations are being asked for to pay for the garden’s construction. They’ve already raised £12,500, and hope to reach their £18,000 target soon. You can donate to: