The view from the Greensand Ridge 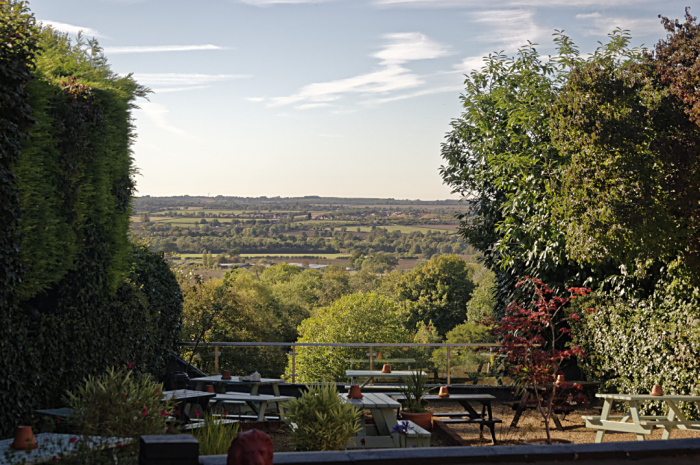 The view that greets you as you walk down the garden.

A few days ago on a quiet mid week afternoon I found a village pub with a glorious view. I had gone to a job in Leighton Buzzard but the bypass was shut, so instead I had an enjoyable drive there and back via country roads, and through Great Brickhill village.

It was one of those hot sunny days we often get at the end of September.

When I told my client about my journey, she recommended the glorious view from the garden of the Old Red Lion in Great Brickhill. I stopped at the pub.

I bought a coffee and drank it in the garden, and the well wooded view was so good that I dashed home to fetch my camera.

Great Brickhill is on the steep Greensand Ridge, which reaches there to over 480 feet above sea level. The pub’s Garden faces roughly West, and the view was lit by the afternoon sun. The ground slopes steeply away from the end of the garden. 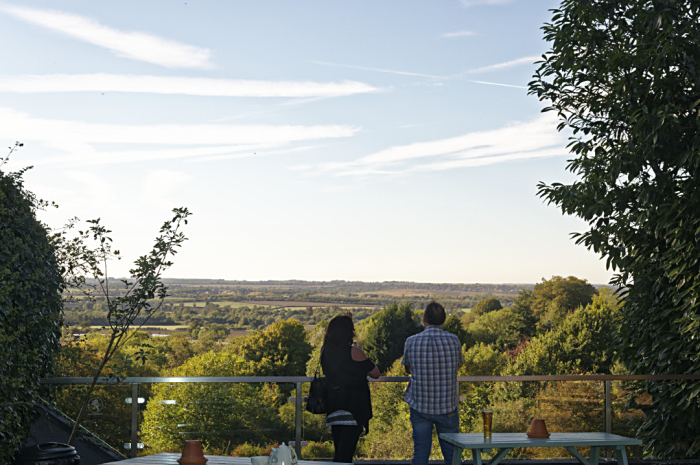 People come for the view. Stoke Hammond can just be seen to the left.

I talked to other customers while we admired the view, trying to work out what we could see. One tiny girl’s interest was seeing the horses, but they weren’t there that day.

I pointed out the sheep to her mum; they were round to the right. The kid seemed to like them. 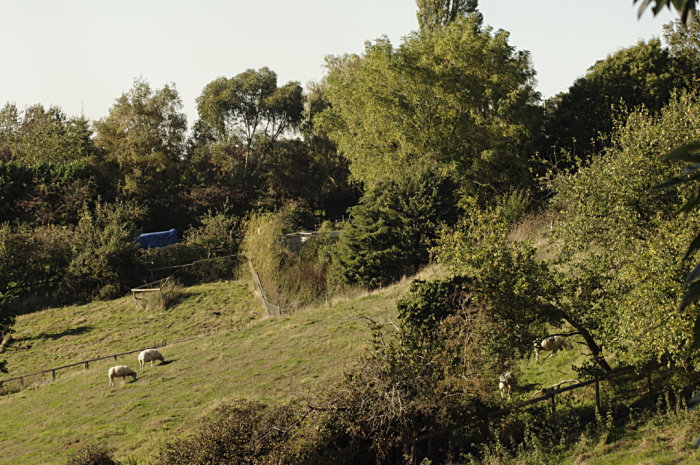 The sheep seem well used to the steep slope. 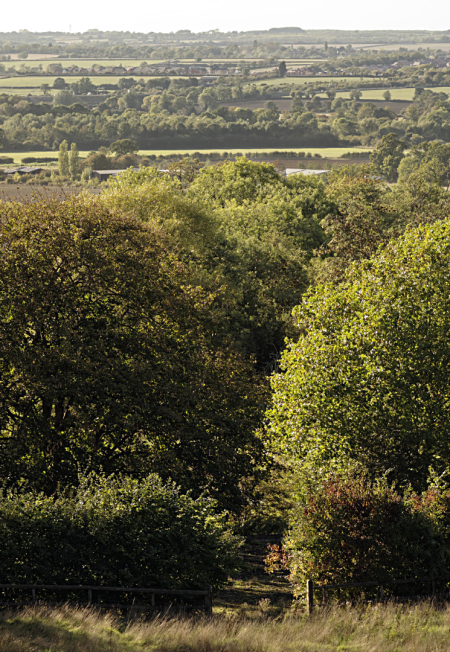 Down the slope is this most inviting track. I wonder where it goes? 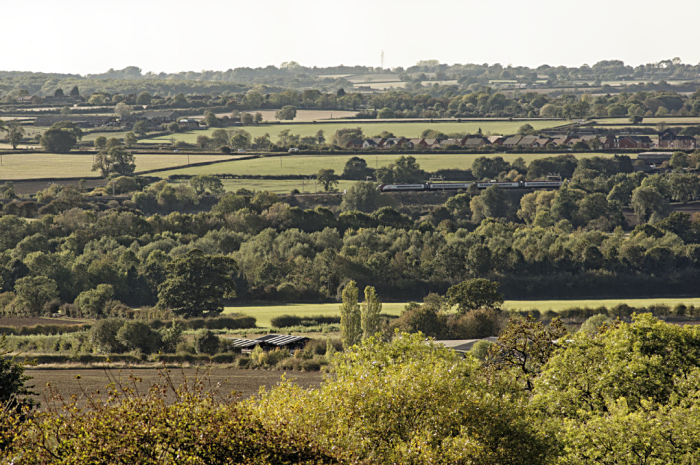 A Virgin train hurtles past on the main line, a mile away. You might just be able to see the phone mast on the horizon, directly above the nose of the train.

Beyond was the new estate of Newton Leys, but Newton Longville was out of sight, on the far side of the hill. I could see beyond it, though. Near the horizon in that direction is some woodland.

I think it’s Thrift Wood by the Bottledump roundabout, on the A421 that runs from South Milton Keynes to Buckingham. That’s six miles away; quite a distance.

On the horizon near there is a mast. It’s probably for mobile phones but I can’t work out exactly where it is; can anybody tell me?