Home Subscribe Affiliates Commenting... Contact About
On The Road in North Bucks
Hanslope Spire Across the Fields

Do you have Brains? 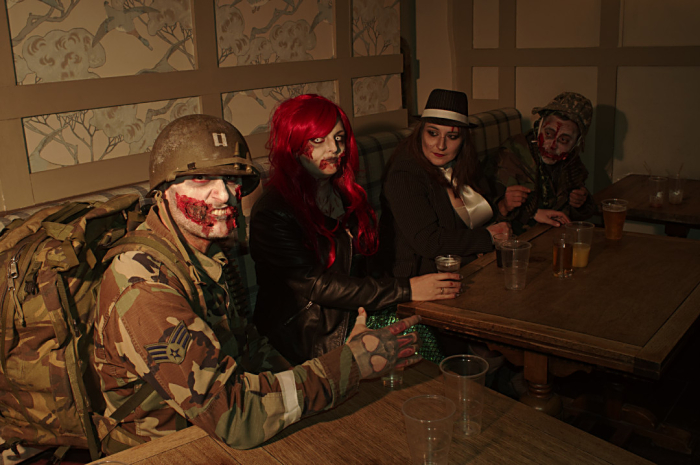 Last Saturday was the 12th Annual Stony Stratford Zombie Pub Crawl. There were slightly fewer zombie costumes and a bit more general fancy dress this year. It was also a little quieter, probably because of the heavy rain that fell earlier in the evening. Still, lots of people attended this free event.

One small difficulty I have photographing this event is that as soon as the camera is spotted, I'm asked to take a group photo, when I would rather take an unposed one. I just had to accept the fact. But it doesn't matter, because I got some good shots that way. I also got quite a few nice candids.

Here's the photos. It's divided up into four small galleries. Enjoy!

Hi, please do you have any images of the security officers you took don’t this event :)

the sixth photo in the second gallery (above) is the only security officer photo I have, as far as I know.