The Site of The Great Train Robbery 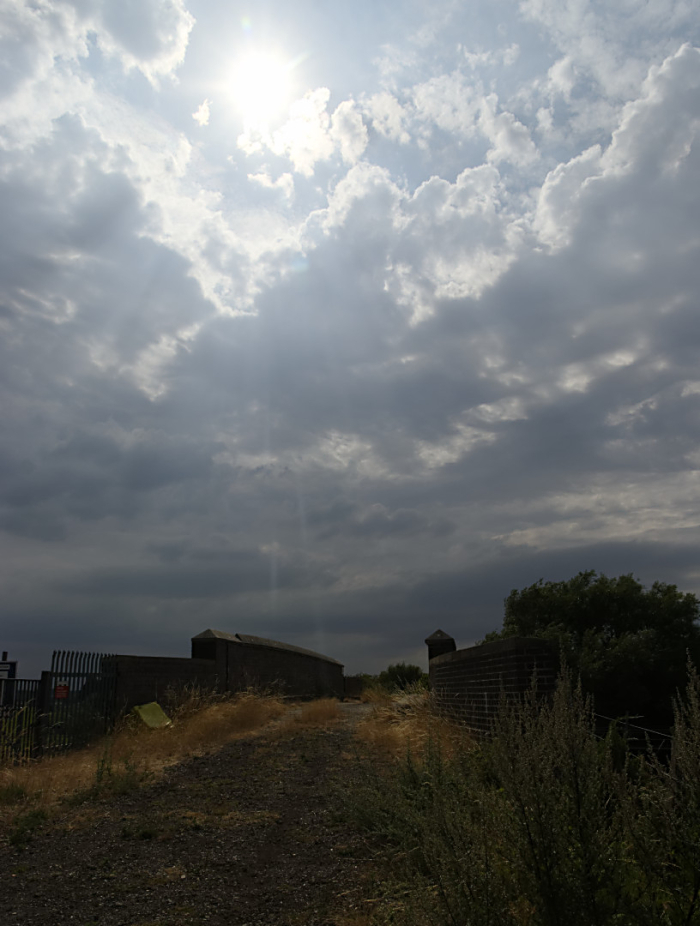 Bridge 129, on the West Coast Main Line. The Post Office train was first brought to a halt a couple of hundred yards past this bridge.

At about three in the morning on Thursday the 8th of August 1963, driver Jack Mills and co-driver David Whitby in the diesel locomotive pulling the Travelling Post Office Train from Glasgow saw an amber signal light about a hundred yards just before bridge 129, when they were a few miles past Leighton Buzzard and heading South.

Warned by the signal,  they saw that 300 yards down the track and just before Sears Crossing the signal was red, so they brought the train to a halt before they passed the signal gantry. Both signals were false, and this was the beginning of the Great Train Robbery, fifty-five years ago today.

The real signals were green, but had been blocked by a glove (I think the glove was put over the bulb, as railway signal lenses are quite large). The falsely activated ones were each powered by 6 volt batteries with wires and crocodile clips.

When the train stopped, the co-driver David Whitby climbed down to ring the signalman to see what the problem was. He found that the cables to the line-side phone had been cut, but as he went to return to the cab he was attacked.

Meanwhile in the cab, Jack Mills was also attacked and hit on the head. It was a life changing injury. Meanwhile, other members of the gang were uncoupling all but the last two carriages, which were the ones with the high value items. 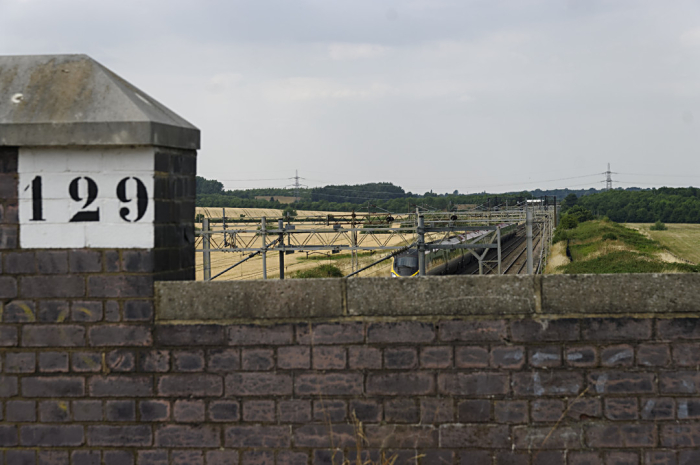 This is looking North from bridge 129. This end of the train is about where the first false signal was. You can just see the black modern gantry, near the far end of the train. 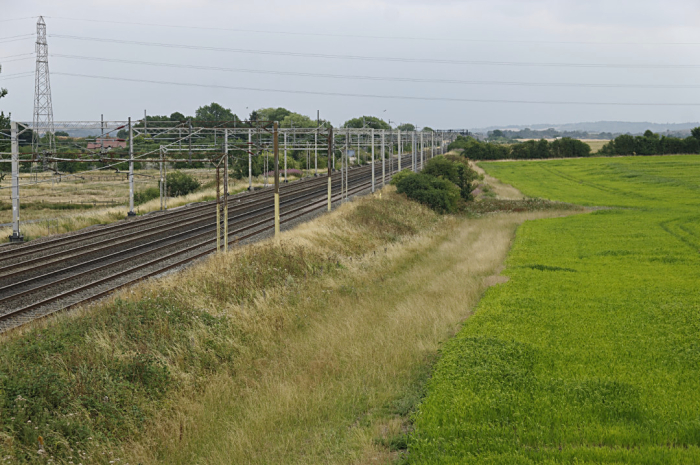 Looking South from bridge 129. the Travelling Post Office Train stopped somewhere just past the small trees in the middle distance on this side of the line, where the signals were in 1963. 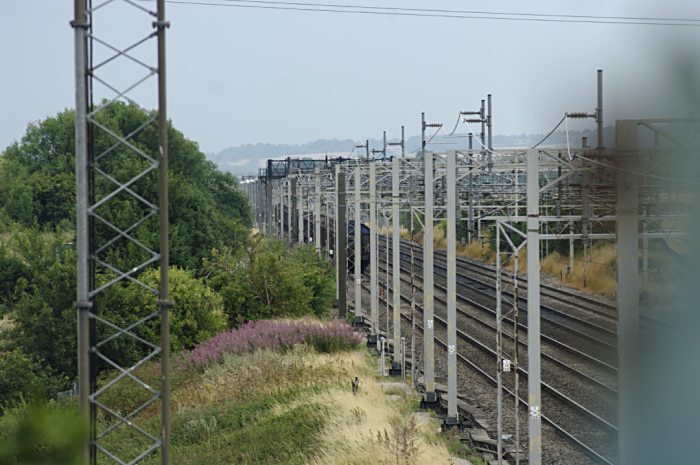 Looking South but from the other end of bridge 129, the train stopped about level with where the end of this train is, but would have extended back towards the camera, not away from it, as this train does. 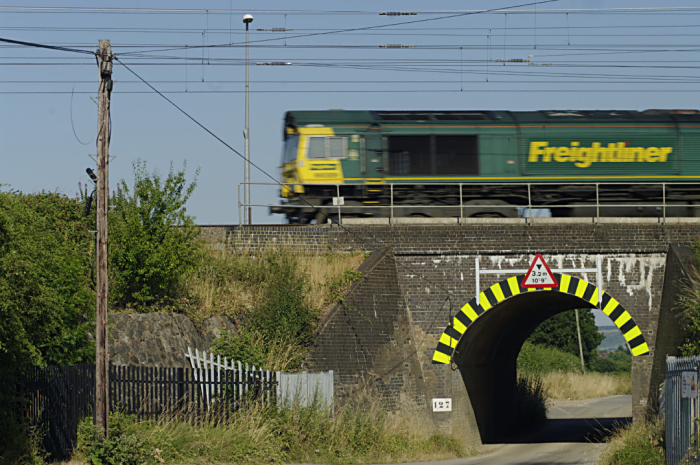 Bridego, now Mentmore, Bridge. North is to the left. The mail sacks were taken down the embankment on the left of the bridge here, and loaded into the waiting vehicles.

The shortened train was driven South to Bridego Bridge, 1,100 yards down the track. Here, the gang of fifteen men formed a human chain down the embankment and transferred 120 sacks containing about £2.6 million pounds on to a couple of Land Rovers and an Austin Loadstar lorry. There had just been a Scottish bank holiday weekend and usually there was only about £300,000 on the train.

It’s often said that the embankment was too steep to offload the train at Sears Crossing, but I think there were other disadvantages. Bridego Bridge (bridge 127) is over a minor road, but the signal gantry where the train stopped is on the far side of the field from the B488; if things had gone wrong there the gang’s vehicles could have been trapped away from the road.

The two carriages and the locomotive were separated from the people in the rest of the train, another possible source of trouble.

The haul, worth about £52 million today, was taken down back roads avoiding Aylesbury, to Leatherslade Farm near Oakley in Buckinghamshire, a good twenty five miles away. The police were soon after the gang. Most of them were caught.

The driver Jack Mills died in 1970 aged 65. He never fully recovered from his injuries.

Co-driver David Whitby died in 1972 aged 34, he was greatly affected by his ordeal until the end of his life.

In 55 years, the site of the robbery has changed. Bridego Bridge is still bridge 127, but is now called Mentmore Bridge. Sears Crossing once had a footbridge (No. 128)  but I think it had been demolished by the time of the robbery.

Bridge 129, that carries a farm track over the main line is still there, and sometimes referred to as Sears Crossing, which I believe is wrong. A public footpath crosses the bridge. The farm buildings next to where the footpath comes out on the B488 were not there in 1963.

The modern signal gantries are not in the same places as the signals at the time of the robbery, which caused me some confusion. Although this robbery is still well known, it was a long time ago now.